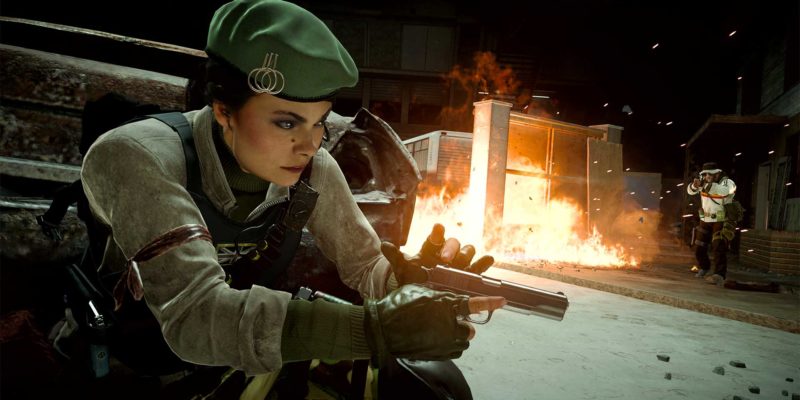 Since the highly anticipated integration between Warzone and Call of Duty: Black Ops Cold War, players have been eager to experiment with new classes. So far, Call of Duty: Black Ops Cold War weapons appear to be performing well in the battle royale. One weapon that has stood out is the AK-74U, which is a fully automatic submachine gun described as having improved damage and range with reliable control. With the correct attachments, there is no doubt that the AK-74U will be capable of dealing some serious damage in Warzone.

To begin, equipping the Spetsnaz Compensator Muzzle will improve your vertical recoil control. Pairing this with the Spetsnaz Grip Underbarrel adds another boost to your vertical, as well as horizontal recoil control. As a result, the accuracy of your AK-74U will be much stronger. Next, the No Stock attachment will better your sprint-to-fire time by 30%. This is useful in terms of mobility as it allows you effectively take on close range gunfights.

Following this, the Spetsnaz Field Grip increases your aim down sight time. In addition, the attachment increases your flinch resistance by 80% in total. To complete your class, the Spetsnaz 50 Round Drum ammunition has proved to be a viable option. It will significantly increase your magazine capacity and starting ammunition. Ultimately it can be argued that maximizing your ammunition is essential in both Verdansk and Rebirth Island. Also, if you encounter multiple enemies at the same time, you will have the ability to rip through them without needing to reload.

Drop into Warzone with your brand new AK-74U

So far, submachine guns have cemented themselves as being powerful across all game modes. Since launch, Treyarch has provided Call of Duty: Black Ops Cold War fans with regular patch updates. Perhaps, a future update could shake up the Call of Duty: Warzone meta entirely. 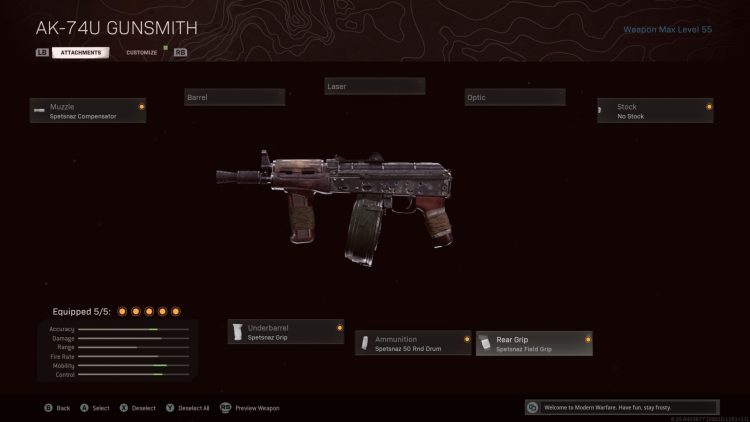