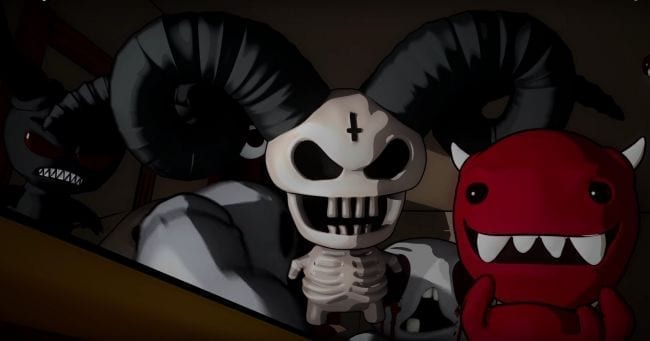 The Binding of Isaac has been an establishment for indie games for seven years. Starting out as a crude flash title, it has gone through a number of re-releases and updates. Once upon a time, 2017’s Afterbirth+ was thought to be the last bit of new content the title would receive. However, it looks like that is no longer the case.

Nicalis has recently released a teaser for something called The Binding of Isaac: Repentance. Not much besides the title is shown, but that’s enough to start up speculation among some fans:

There’s been talk amongst the fans about what this could possibly be. There are some who believe there’s a link between this title and the fan-made expansion Antibirth, noting the similar logos. Isaac creator Edmund McMillen has previously praised the fan-made mod, claiming that Antibirth creator The-Vinh Truong was “on a whole other level” compared to other modders.

McMillen has stated before that he’s “never done” with The Binding of Isaac. The game lends itself to additions and constantly makes unlocking and finding these items engaging. With the high regard he holds for Antibirth, it isn’t unreasonable that he would try to officially implement it into the game. McMillen has previously stated how the last official update, Afterbirth+, wasn’t exactly what he intended. “I don’t think [Afterbirth+] was a complete disaster.” McMillen laments. “But it definitely wasn’t… I just wish I was there more.”

Crying will solve everything

Nicalis will be showing off this new expansion at Pax West, which starts later today and continues until September 3rd. Whatever this update ends up being, it’s clear that The Binding of Isaac is nowhere near worn-out. With the spin-off The Legend of Bum-bo still in development and this new update being rolled out, it seems the title still has plenty of life in it.

Battlefleet Gothic: Armada 2 delayed until 2019, at least we got a Faction Trailer

By Elise Nelson53 mins ago
News