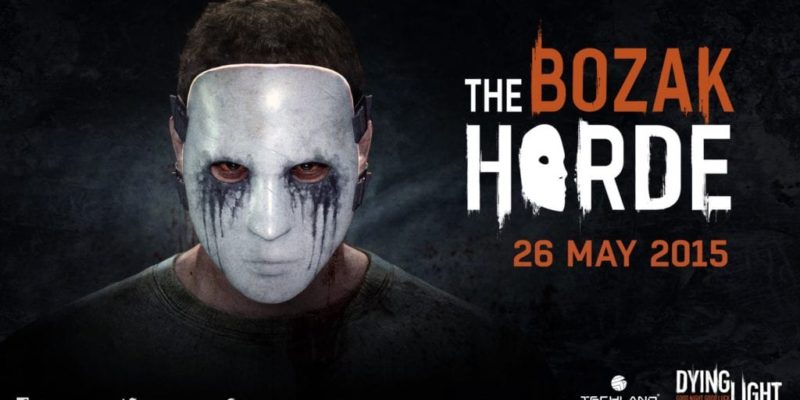 The Bozak Horde, the next piece of DLC for parkour-infused zombie-kicker Dying Light, has been dated and detailed.

A release date of 26 May had already been semi-confirmed by a secret message inside the game, but now the actual contents are known as well.

This co-op themed bit of DLC pits you and three buddies against the mysterious Bozak’s hordes of zombies in a sadistic “game” set inside the Harran Stadium of Sector 0. While you’ll ideally want to rely on others to make your victory more likely, there are also global leaderboards, so you’re competing for points against everyone else in the world.

Victory against the horde nets you a compound hunting bow, described as the “ultimate stealth weapon”, with additional objectives offering you upgrades in the form of electric, incendiary, and explosive arrows.

The Bozak Horde is free to anyone who’s purchased Dying Light‘s Season Pass, or can be acquired separately for £6.99, from 26 May. You can see a teaser trailer for it below.

Not a Hero Review