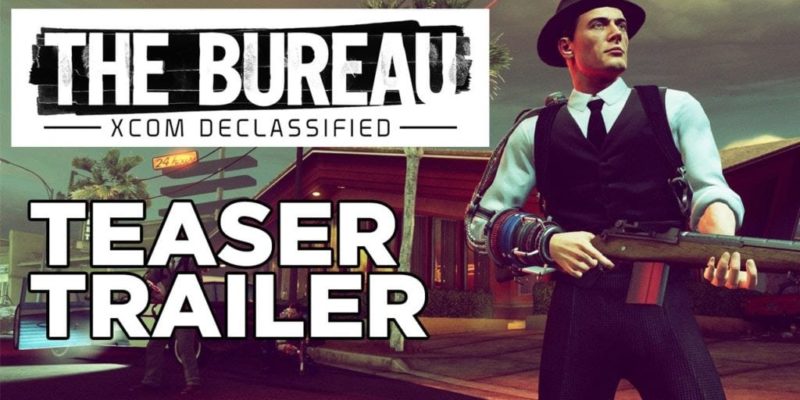 2K Marin has announced that the new XCOM shooter will go by the name of The Bureau: XCOM Declassified, and instead of being a first person shooter as originally thought, it’s now a third person tactical shooter.

The game is set in 1962 and tells the story of how the XCOM  organisation started. Originally set up to tackle the Soviet nuclear threat, the organisation changed focus to tackle an alien threat. Players will take on the role of spicial agent William Carter as he attempts to stop an alien invasion and prevent the public from finding out about the alien threat to avoid global panic.

“We’re thrilled about 2K Marin’s refined vision for The Bureau: XCOM Declassified,” said Christoph Hartmann, president of 2K. “The game has evolved through a creative and iterative development process, and the result is a narrative-driven experience that is smart, engaging, and challenges players to think tactically.”

“The team has been working hard to leverage core XCOM elements like tactical decision-making and permanent death of squad mates in a purposeful way that makes this a unique tactical shooter,” added Gray. “To that end, The Bureau will challenge players unlike any other third-person tactical shooter.”

Pre-orders are already being taken for the game which brings the Codebreakers side-mission as a bonus. In this mission, a communications facility responsible for intercepting and interpreting the enemy’s transmissions has gone dark. As carter you’ll have to make contact and find out what’s happened.

The game will be released as soon as 20 August in the US and 23 August here in the UK.

CD Projekt Red Say No to Multiplayer for The Witcher 3

By Jason Rodriguez48 mins ago
News