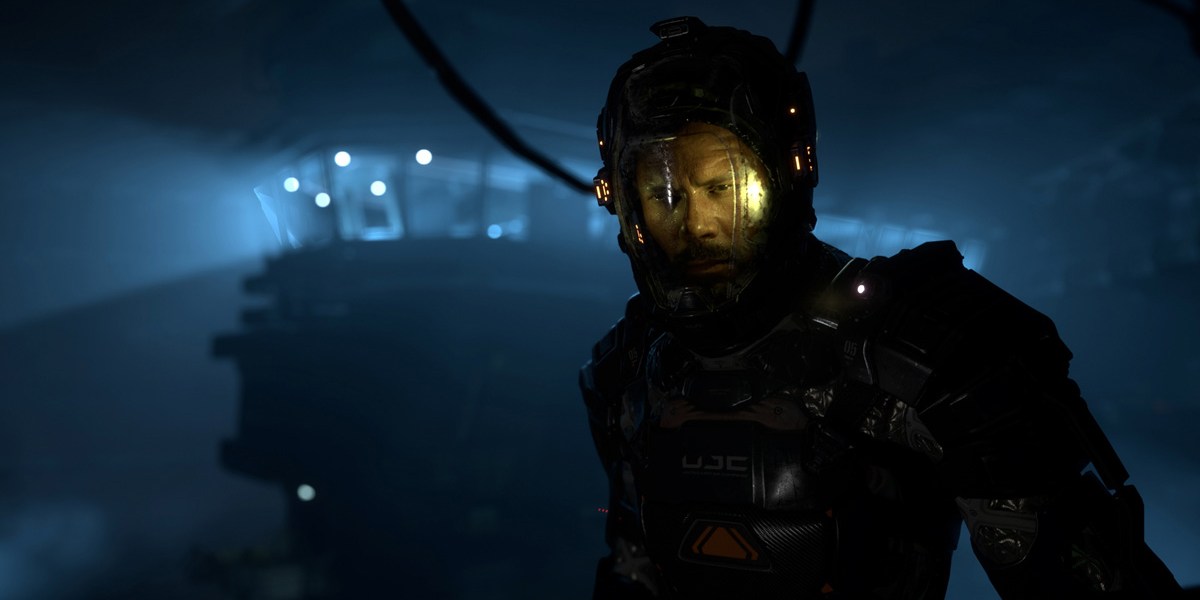 The Callisto Protocol release is just around the corner, and we’ve been eagerly awaiting the PC requirements. Thankfully, Striking Distance Studios has released these via Twitter. For now, this only covers the minimum and recommended specs, with High and Ultra to come later this week. Surprisingly, the recommended specs don’t seem to be too demanding.

First off, let’s cover the minimum requirements you’ll need to play The Callisto Protocol. You’ll at least need an Intel Core i5-8400 or AMD Ryzen 5 2600 for the CPU, as well as either an Nvidia GeForce GTX 1060 or AMD Radeon RX 580 for the GPU. You’ll also need 8 GB of RAM and be able to run DirectX 11.

In comparison, the recommended requirements aren’t too much higher. You’ll need an Intel Core i7-8700 or an AMD Ryzen 56 3600 CPU, as well as an Nvidia GeForce GTX 1070 or AMD Radeon RX 5700 GPU. You’ll also need 16 GB of RAM and be able to run DirectX 12. It also notes that the game requires 75 GB of space and will only run on Windows 10 or 11. An SSD is also recommended for the recommended spec. 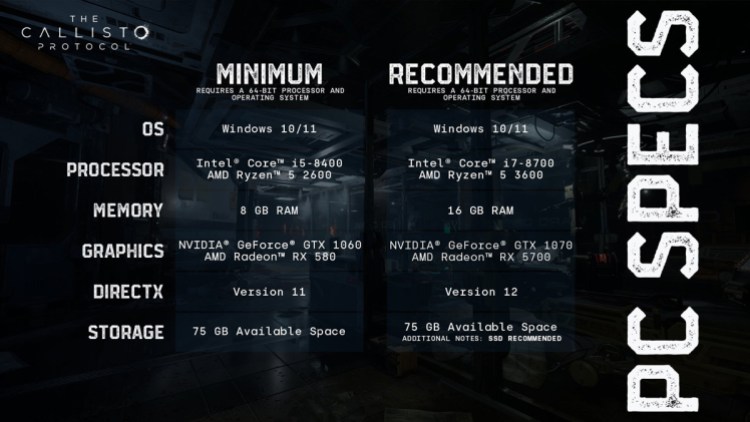 The Callisto Protocol PC requirements are in ahead of Friday launch

All in all, these requirements don’t seem all that taxing. Many gaming PCs should be able to run the game with relative ease according to these specs. Of course, these are only the minimum and recommended requirements for The Callisto Protocol. When the High and Ultra specs come out we can expect to see some beefy hardware needed.

One of the last big titles to come out this year is nearly here. The Callisto Protocol is set to launch this Friday on December 2. Of course, it’s not releasing everywhere, unfortunately. As reported in October, the game still won’t launch in Japan after failing to pass the CERO rating. As for the rest of the world, players will be able to explore all the gory secrets the game has to offer. And it’s certain to make an interesting start to the holiday season.