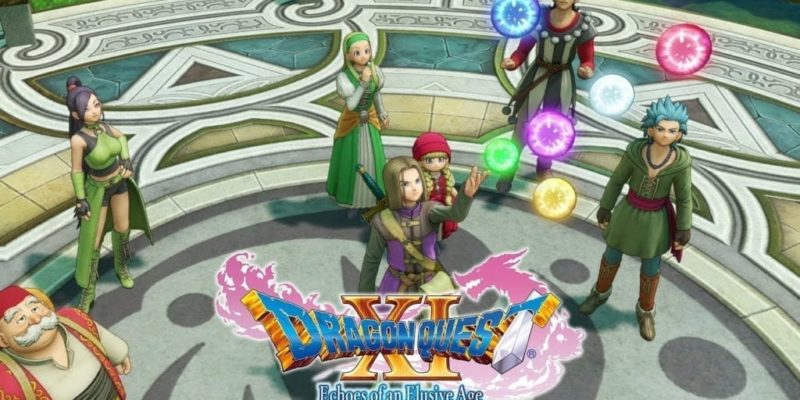 Dragon Quest XI launches on PC next month, just over a year after its initial release in Japan. In preparation for the game’s Western launch, Square Enix published a new Dragon Quest XI trailer to the series’ official YouTube channel. The “Loyal Companions” trailer introduces the game’s cast. They’re an eclectic group. Every character seems to have a distinct personality and class-based skillset.

The Loyal Companions trailer begins with an ominous message. “Monsters walk the land once more,” states its narrator as dragons and skeletons appear onscreen. The world’s a dangerous place, it seems.

Fortunately, Dragon Quest XI‘s roster seems like a capable crew. After a bit of exposition, the game’s companions get introduced. First, there’s Erik, the “partner-in-crime.” With a title like that, it’s safe to assume Erik is the protagonist’s good friend. He can throw weapons at enemies for massive damage, too. Everyone needs a pal they can lean on.

Next up is Veronica, a plucky young mage. She’s a small fry, but packs a serious magical punch. Balancing out Veronica’s offensive spells is Serena. Serena is a healer with a laid-back personality. She’s tall, blonde, and happiest when her friends are healthy.

Sylvando is an expert swordsman with a dramatic streak. During his introduction, the “entertainer extraordinaire” fires a cannonball at a gigantic octopus while cribbing lines from Scarface. It’s weird, considering Dragon Quest‘s reputation as a fantasy RPG series, but Sylvano’s has the swagger to pull it off.

Jade’s next. She’s a martial arts expert who isn’t afraid to kick enemies in the face. Jade seems a bit more mature than some of the other characters and utters a few lines about the importance of working as a team. And speaking of maturity, the final character, Rab — introduced as a “mysterious old man” — has plenty of wrinkles and white hair. He’s still a fighter, though. During the trailer, Rab uses a wicked-looking claw to rip through enemies like they’re paper.

After showcasing the cast of Dragon Quest XI, the trailer shows how the team works together. Veronica, Serena, and Erik lend some of their power to the protagonist who then unleashes an explosive attack. It’s flashy, sleek-looking stuff.

It looks as though Dragon Quest XI‘s roster has something for everyone. Each party member fills a specific role in combat. Hopefully that’s enough to save the world. We’ll find out when Dragon Quest XI launches on September 4.