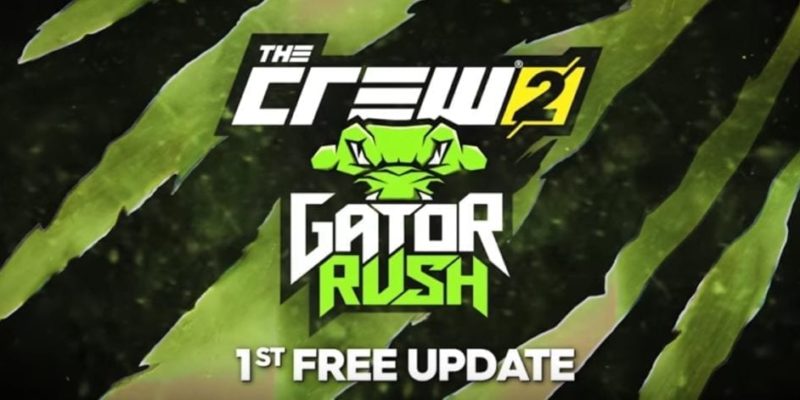 It’s been a long time since I last raced on a hovercraft. I’m naturally afraid of going past 40 kph when driving and so you can bet I won’t do well when doing the same on water. Still, I do remember fondly the last time I played a game that allowed me to speed through rivers and waterways on a hovercraft. That was Diddy Kong Racing — fun times. Now, I get a chance to do that once more, this time with The Crew 2 with its Gator Rush free update. You can check out the trailer below which was revealed at GamesCom.

The Crew 2 touted itself as an open-world racing game where you aren’t just limited to cars. You could also choose motorbikes, speedboats, and yes, even planes! So hovercraft racing was probably a given. Gator Rush is just one of the first of planned updates to the game as it continues to add more tracks and vehicles to fully flesh out the experience. It’s also free.

The Gator Rush update will be out on September 26. It will include new race tracks in the bayou as well as three hovercrafts to choose from. Season pass owners will also be able to play two additional vehicles earlier than the rest. Lastly, a new “Ace” difficulty mode will also be added. Ace mode will award legendary vehicle parts to race winners, with new and improved perks to fine-tune your ride.

The Crew 2 was a passable game for many of us. However, it still has a long way to go to reach the finish line. We’re hoping that updates and new content such as the ones from Gator Rush further improve the state of the game. As usual, PC Invasion will keep you updated with more developments.

Check out the adorable trailer for Gibbous: A Cthulhu Adventure

By Michael Kloos26 mins ago
News