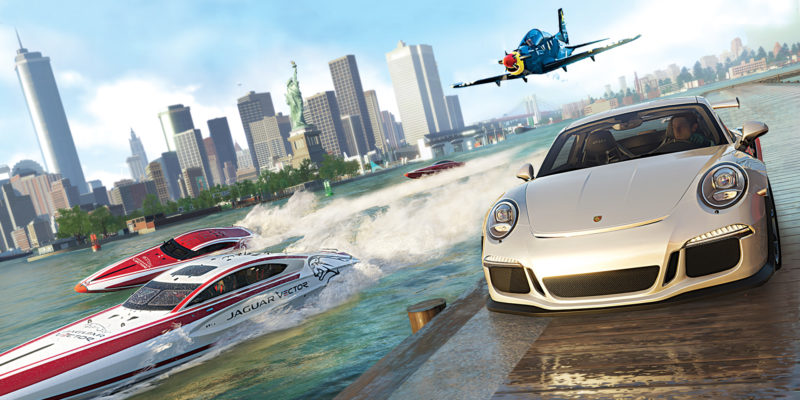 The racing scene has had a number of different offerings for fans. You can jump into something a little more arcade-style, like Need for Speed: Heat, or something that is more heavily geared towards the simulation crowd. However, if you were looking for something that lies in-between those two genres, The Crew 2 might be right up your tailpipe. And, guess what? It’s going to be free this weekend.

Everybody’s working for the weekend

Freedom is only a few days away, right? Well, unless you work on the weekends. Then I’m sorry. Still, for all of the regular Joe and Jill Schmoes out there, you’ll soon get to take advantage of The Crew 2‘s free weekend. The free trial period will start on December 5 and run until December 8. Wanting more than just a free trial? You can also purchase the game for a hefty discount at this time.

If you’ve been holding out to pick up the racer, it looks like you won’t have to spend very much. The game is currently marked with a 75% discount. This leaves the standard edition sitting at $15 USD. If it’s the gold you’re going for, that version is also marked down from $99.99 USD to $25.00, and it includes the Season Pass and all previous content that’s been released.

Time to throw on the tinfoil hat

The Crew 2 initially released on June 29, 2018, and is available on Uplay and the Epic Games Store. It’s surprising that a game that’s been out in the wild for almost two years is only now seeing a hefty discount or free weekend. However, this is something that I’ve personally seen happen over the years with long-running franchises.

My guess – and this is only speculation – is that there is a new Crew title in the pipeline. Ubisoft may be trying to expose newcomers to the franchise and regain some of the market share taken up by other racing titles. That’s especially the case if they have a new title in the works, one that would likely be promoted during E3 2020. Hint, hint.

Halo: Reach – Signing in and changing your gamertag if you purchased via Steam