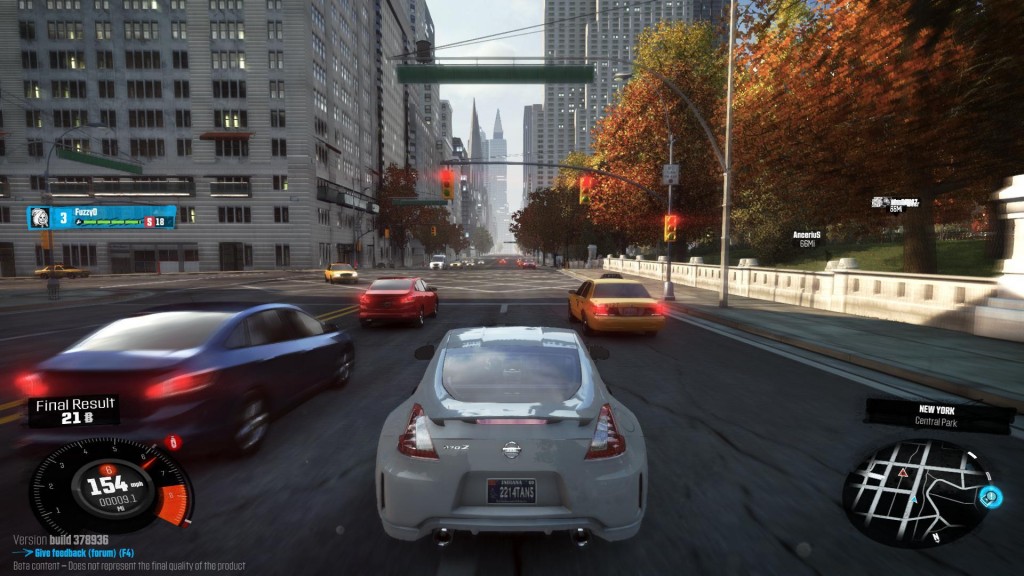 Those traffic lights won’t be changing until December.

Ubisoft finally realised that releasing Far Cry 4, Assassin’s Creed: Unity and The Crew all at the same time might be detrimental to sales. As a result, the open world driving antics of The Crew have been pushed out of the busy November period and into December.

This is the third time Ubisoft have delayed the game. Previous scheduled release windows of Spring 2014, Autumn 2014 and November 2014 have all been missed.

Instead of a full November release, The Crew will be getting another console-based open beta session in that month. But since we’re a PC site that’s not of huge interest to us.

“We’re all committed to delivering a revolutionary experience in the driving genre and we can’t wait for The Crew to be in the hands of the players,” says the game’s creative director Julian Gerighty. Which was nice of him, because without that quote this story would’ve been dreadfully short.

Tim and I drove around in The Crew during the PC’s first closed beta session, so you can read our early thoughts on the game over here. If you like.

The new release date for the game is 2 December. That’s a worldwide release date, so every country should get it at the same time.