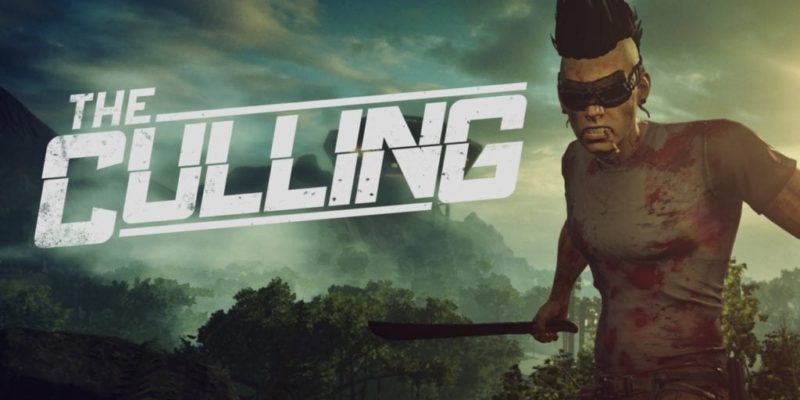 Disclaimer: A code was received for preview purposes. The game played was a Closed Alpha build prior to the launch on Steam’s Early Access. Our impressions are intended as a preview and not the conclusion of the final product.

I’m not going to lie: I was terrible at The Culling Closed Alpha. Well, not terribly-terrible, just not great either. This is a similar experience that I had with the original Dead Island upon my first playthrough. I found that when it came to the combat, it took some getting used to. Not having a reticle visible on screen was awkward, especially when it came down to blocking blows from enemies and ensuring that the right push was going to be accompanied by a critical strike from the weapon I was wielding. My first experience with Dead Island was on console, utilizing the Xbox 360 controller at the time. I only make reference to this as the combat in The Culling is remarkably similar to Dead Island–which is not a bad thing at all.

If you are like me, you didn’t particularly follow The Culling until someone had mentioned it or you had stumbled upon the gameplay as I had. Learning the premise of the game, I couldn’t help but become instantly interested in the concept. It was very much like “The Hunger Games”, being that, you are dropped on an island visibly built for entertainment purposes. This in turn opens up a variety of gameplay options, including some RPG elements that are mixed with FPS combat. There is also a heavy emphasis on planning, strategy, and the skills you will utilize when you are indeed approached or discovered by an enemy.

After finding out that I did in fact receive a code for the Closed Alpha, I was astonished to find that the build I was about to embark on was in fact a build earlier than what would be seen on Steam’s Early Access. This was confirmed through PR via email. However, even in this stage of early development, I can say that I was impressed at the fluidity and execution throughout.

A spoonful of crafting helps the medicine go down.

There were three modes available during the preview. These modes were: Survival, Team Survival, and the Practice arena. The base survival arena puts you at odds to other members, relying on your own tactics to stay alive against others. The Team Survival didn’t support voice chat at the time but it did have messages that could be shared between you and your paired buddy. They can be seen on map with a beacon and visible on the compass. I actually enjoyed this mode much more, especially when it came to ganging up on other crafters caught off guard.

Noticeably, the environment of the game is etched into a jungle atmosphere. The center of this arena has elevated platforms, while peering into the sky will reveal a leaderboard of all players. This was a unique aesthetic that paid homage to the aforementioned “Hunger Games” movie franchise, stirring up echoes of nostalgia. The rest of the map was diverse given its size. In one moment you could be running on the outskirts near the airport (minus the planes) and then next you could be crossing a high, untextured bridge that leads to another building with sweet loot inside. Yes, there were placeholders for objects in-game, but that is to be expected given the game’s early build.

After playing a few matches, you will easily come to find out that looting and crafting are crucial to your survivability. At first, you might start punching a tree in order to gain a single branch. Great, you have a very crude weapon, now what? Opening up the menu, at least in the alpha, reveals recipes for creating materials, such as a satchel and other more deadly items, like bows and spears. Rocks turn to knives, knives turn to spears, and then before you know it, you’ve created a decent set of semi-crude weapons.

Items like this homing beacon can indicate nearby enemies. You can only use it standing still and you might be caught off guard if you rely on it too heavily.

Other items, such as adrenaline shots and rifles, can be obtained after gather enough F.U.N.C.’s to open the crates they are found in. You can also pre-plan drops that will land on designated platforms. These can only be done after reaching 50 F.U.N.C. points in the alpha, which creates a slight sense of anxiety when it comes to scavenging to make this happen. These points are also depleted every time you craft an object or open designated cases. Lockers and smaller medicine boxes can looted without these penalties. The F.U.N.C. count can also be upped by recycling items at the recycle station or by adventuring out and discovering a F.U.N.C. canister.

Aside from you ability to craft, there are essentially three other personal items to monitor. Your stamina, health and armor are all visible on screen. Getting shot by a poison dart leaves you stopping to vomit and if you are wielding armor, it is the first thing to go when it comes to being attacked. Using syringe buffs can do things like limit oncoming damage or buff your speed with no impact to stamina lost. I don’t know if these will be craftable in future builds but it does seem that it can go either way in terms of over-use or its dwarfing based versus the damage dealt with certain weapons against these.

Throughout the game, I couldn’t help but be entertained by the way in which I was killed. There were a limited amount of times I did manage to walk away from a fight and experience the voice actor that was the announcer in the game. There was a hint of Claptrap and a dash of sexual innuendo that was the recipe. And, instead of becoming annoying overdone, it was perfectly placed.

I would like to say that this screen shows something captivating or impressive. But, it simply shows an immature, cheap attempt at humor. One attempt in which I did laugh. Touche.

I know there is a ton left in store to polish and simply develop when it comes to the final product that will be The Culling. At this point the game is impressively coming along in its development cycle, already driving a sense of anticipation to see what comes next. But, as far as the Closed Alpha is concerned, it was great to see a fresh take on the arena-survival genre.

Not mentioned earlier in the post are the clothing and items you can unlock for your character. There are also perks that can be applied to your character for additional damage given, less damage taken, etc. However, this is still early in the build and I would draw a conclusion that these would impact the overall gameplay taken as is. So for that, it won’t be assessed in this early preview of the game.

Steam’s Early Access titles are usually far less along in the process than games like The Culling. I can say that it has piqued my interest, and could easily capture my dollars come full release. Now, let’s hope progress continues to be made: optimization and full controller support are things that come to fruition in a later build.