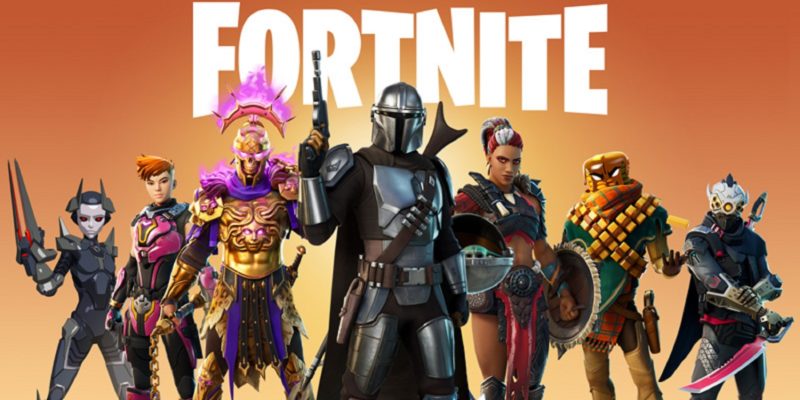 Fortnite is known for releasing some of the best skins into the in-game store and on the battle pass. Most recently, players have been treated to some free skins in the Operation Snowdown challenges. This was taken a step further by allowing some customization options on the superhero skins. Although this feature was welcomed by Fortnite fans, it has caused major issues. As a result, many players are calling for it to be nerfed or removed from the game entirely. Skins are not meant to give players any type of competitive advantage. However, the customizable Fortnite skins are doing the complete opposite.

The issue emerged when players were customizing the skin by making it fully black. A screenshot was posted on the Fortnite Reddit page, demonstrating the issues that this causes. The screenshot shows a black superhero skin hiding in the shadows. If you are having difficulties seeing it, that is entirely the problem. The Reddit thread is flooded with similar complaints from other fans who have fallen victim to a fully black superhero skin. In addition, fully white skins have been causing the same amount of chaos in snowy areas of the map.

Will the Fortnite superhero skin receive a much needed nerf?

It will be interesting to see if Epic Games responds to this problem. It is likely that the number of players purchasing these skins will increase, due to the benefits it provides. Perhaps, they will make some changes to the skins to make it less advantageous in certain situations. Some players have argued that the developers should add a different colored outline to the skins as a way of nerfing it. Until then, you will have to hope that you do not run into a player lurking in the shadows. You may want to try navigate around the areas of the map that have plenty of light.