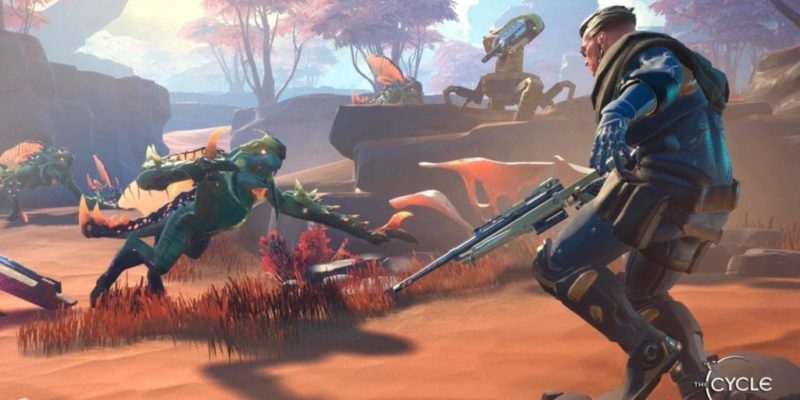 Over the weekend, independent developer Yager announced a new game. The studio behind Spec Ops: The Line is working now working on The Cycle. Billed as a “competitive quester,” everything about The Cycle seems like a far cry from The Line.

According to Yager, The Cycle is a “match-based” first-person shooter. Players attempt to complete quests during matches, which take twenty minutes a pop. Interestingly, The Cycle places as much of an emphasis on social interaction as solid shooting. To complete missions in-game, players have to make — and break — alliances with one another.

“These social dynamics add a special twist to the game,” wrote Yager’s Timo Ullman in a recent press release. “Anyone can attack anyone, and anyone can ally with anyone. Players can be cooperative and competitive at the same time. So if you meet new players on your way, anything can happen.”

The Cycle‘s blend of quest-based matches and emergent, player-driven gameplay sounds promising. Uneasy alliances and impromptu shootouts are a big part of what makes online games memorable. And in The Cycle, it seems as though players will either thrive or die based off of their experiences with one another.

Interestingly, Yager states that The Cycle stems from an internal pitch jam. The prototype’s mashup of “[session-based] FPS matches and quest objectives in an open world” led to the game’s competitive quester classification. From there, The Cycle‘s science-fiction setting took place as the studio began development in early 2018.

In The Cycle, players undertake missions on Fortuna III. The alien planet is beautiful, hostile, and an opportunity for massive corporate “Factions” to stake their money-hungry claims. That’s where players come in. As contractors hired by these Factions, players will hunt bounties and secure resources for their employers, all while helping — or harming — other players.

Some of The Cycle‘s features include:

By Jason Rodriguez46 mins ago
News