Fresh off the release of The Quarry, developer Supermassive Games is prepping to launch the next chapter of The Dark Pictures Anthology. The Devil in Me, the fourth game in the series, received a story trailer today along with a fall release window.

As per the usual, The Devil in Me stars a group of dorks trying to survive against some unseen terror. After a TV crew receives a mysterious phone call, they go off to enjoy a pleasant tour of a massive hotel. The clincher here is that the hotel is a recreation of the “Murder Castle” that infamous serial killer H. H. Holmes once used to lure in guests before killing them. It sounds like it’ll be a lovely stay.

As the castle is a “faithful” recreation, you can expect it to be filled with terrors. The original castle had more than 100 rooms in its maze-like structure, along with traps, hidden rooms, and doors and staircases that led to nowhere. It’s quite the setting for a game like The Devil in Me. You should expect plenty of moments where your reflexes will be tested in order to avoid its many traps.

The Devil in Me follows the TV crew as they explore the hotel. Naturally, things will eventually go sour. Prior games delved into psychological and supernatural horror. I would expect a Holmes impersonator to start offing members of the crew the moment they make some snarky comment.

“Oscar nominee Jessie Buckley stars as a member of this ill-fated crew that visits this strange hotel location, a place that quickly turns into a deadly trap made by their disturbed host Granthem Du’Met,” reads the game’s description. “Observed, isolated, and manipulated like rats in a maze, it soon becomes clear that the crew’s checkout is compromised, and they will have to make some impossible choices that they might live to regret or just not live at all!”

The Dark Pictures Anthology: The Devil in Me has a release window for this fall. We’ll report back on the exact date when it emerges from the dark. 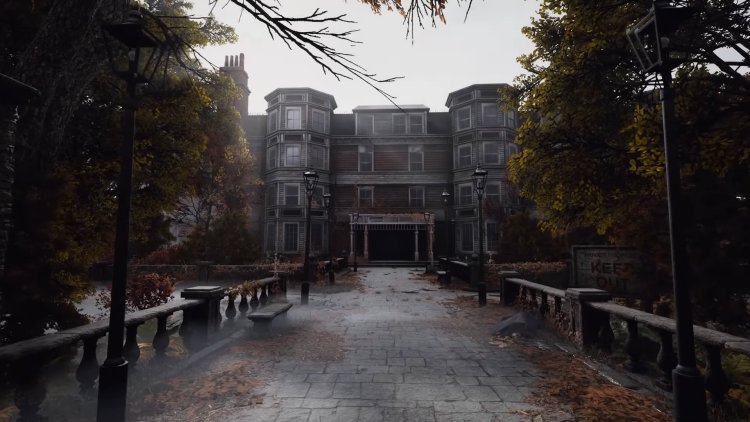 The Lord of the Rings: Gollum receives a rather simple gameplay reveal trailer

An open-world Terminator survival game has been teased for PC