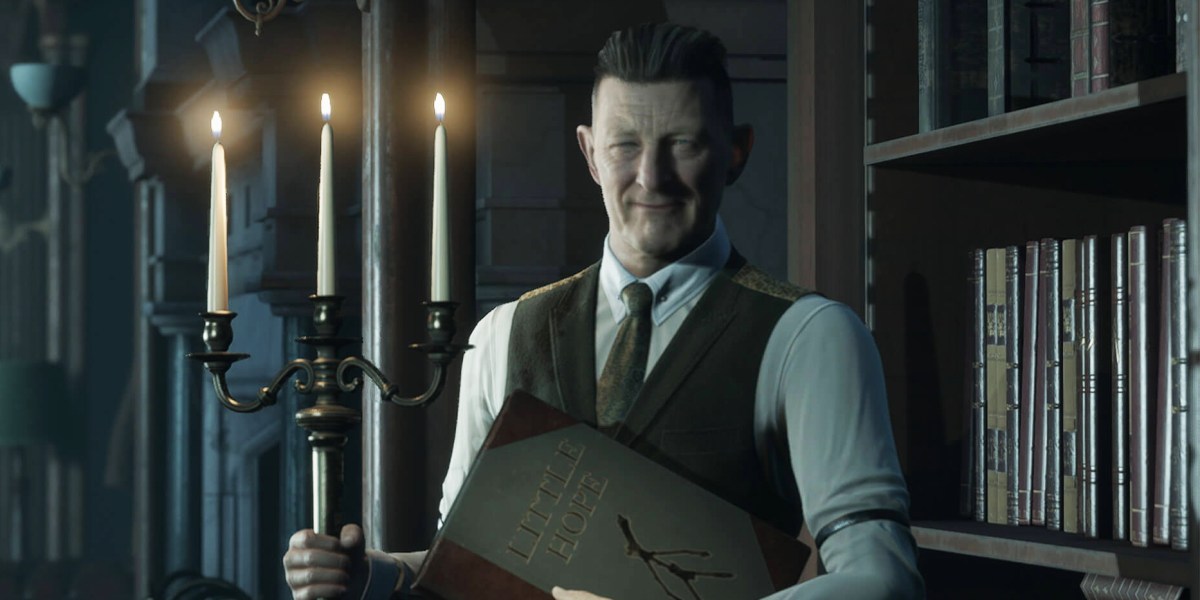 The Dark Pictures series began last year with Man of Medan, a choose-your-own adventure horror game set on a ghost ship. Medan was the first entry in an anthology series of horror games. Similar to Creepshow (or what John Carpenter tried to do with Halloween III: Season of the Witch), each entry would be its own standalone horror story. These stories are told to us in the games by a mysterious man known as “the Curator” — the series’ own version of The Cryptkeeper, except far more classy and lacking puns. Today we got a new trailer for The Dark Pictures: Little Hope showing what the game has to offer.

Just like the first game, there are multiple paths to can take where characters can die and permanently leave the story. There are numerous other different outcomes that can be affected by each choice you make, as shown in the trailer with a split screen of two players making different choices at the same point in the game. We also get to see the Curator pull a book from a bookshelf with three distinct books standing out. One with the symbol for Man of Medan, one with the symbol for Little Hope, and a mysterious third book with a half-moon shape. This could be Supermassive Games putting in a cheeky hint towards a third game, or it could be nothing. We don’t know at this point, but it is fun to speculate.

The Dark Pictures: Little Hope releases on PC via Steam on October 30, just in time for Halloween. Pre-orders are available now, and if you do so, you will get early access to the “Curator’s Cut” of the game. This includes previously unavailable scenes with different playable characters. The Curator’s Cut will become available to all players “around three months” after the game’s initial release. You will have to beat the main story at least once to access this mode, though. There is also a limited edition The Dark Pictures Anthology Volume 1 available, which contains both Man of Medan and Little Hope, as well as a bunch of neat extra goodies like a cloth map of the world, a four-disc steel book case, and two pins.

Ring of Pain: Beginner’s guide on how to survive the depths

By Jack Salter29 mins ago
News