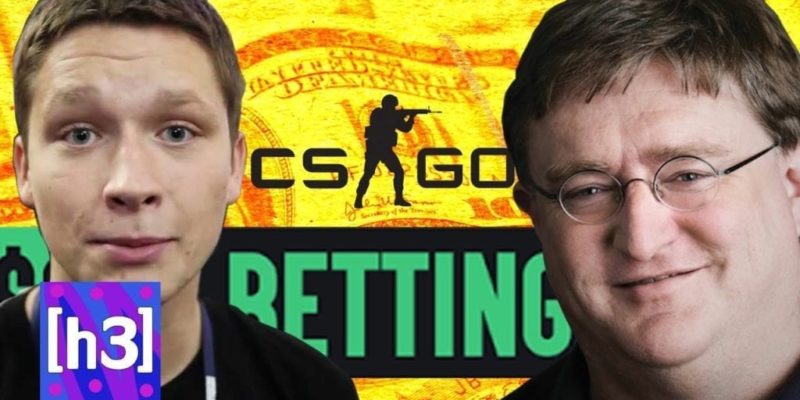 Video game marketing has become deeply complex since the turn of the millennium. No longer is it dominated by a few trailers, a full page ad in gaming magazines, or the occasional TV spot. The modern video game marketer makes full use of modern media, which includes both social media and the huge secondary video game industry consisting of the press and entertainment personalities. These forms of media open both lots of new ways to promote games to the highly-engaged video game community, but they also open up lots of avenues for deception and to skirt the rules of traditional advertising.

The deceptive marketing of video games has long been a concern, but recent events have heightened the scrutiny. Warner Brothers, for example, has recently been investigated by the US Federal Trade Commission regarding breach of US advertising law in its deceptive promotion of Middle Earth: Shadow of Mordor. The company paid YouTube personalities like PewDiePie to give the game positive coverage, but this payment wasn’t clearly disclosed and even refuted by PewDiePie via his YouTube channel.

It’s likely a common practice in the industry. These days, early versions of games are released to popular YouTube personalities and Twitch streamers to build hype for the game. This can be seen right now, for example, in the closed alpha for EA DICE’s Battlefield 1, which is popular on Twitch, yet not generally available to the public. This type of publicity may be on-side advertising regulations, but it opens up a lot of grey areas that both press and the gaming entertainment establishment can become embroiled in. And it gets worse when money is involved.

The press has long had to deal with these issues and has come under scrutiny for it. In this article, I  explore the tangled relationship between the video game industry, the gaming press, and the gaming entertainment establishment and the many ways this can hurt the average video game consumer.

The Familiar Problem of the Press

The press, by virtue of its existence, provides valuable exposure for new games to the gaming public. The press has thus been traditionally critical to the success and marketing of video games, even if the modern video game entertainment industry is slowly supplanting it. The press has historically provided the majority of the information about new games, as well as indications as to whether a game would be worth playing. By being on hand at major press events like the Electronic Entertainment Expo (E3) or the Game Developers Conference (GDC), the press could form the link between the game makers and the general public, asking important questions and getting the information that consumers wanted. Press also traditionally had early access to games in order to review them in time for the game’s release, providing important information to prospective purchasers.

Our team was front and center during the Xbox press conference at E3 2016.

But while the game-makers have traditionally benefited from the press, the press is also largely reliant on the goodwill of the game makers. It’s hard to run a successful video game press publication unless you have access to the publishers at the major gaming events, and it’s also much harder to run timely video game reviews unless you’re receiving those games early. To give you an example, our own organization receives review copies in certain cases, while in other cases we purchase the games on release ourselves. This largely depends on our relationship with the developers or their marketing firm. While we don’t believe this affects our review scores, it’s easy to understand how it could, especially since marketers have been known to blacklist press outlets that don’t play by their rules. We therefore have a policy of disclosing when we’ve received a review copy.

This symbiotic relationship between the press and the industry isn’t unique to video games. It’s an element of any enthusiast press, whether that be in the automotive industry or other entertainment media. And all video game press is enthusiast press. The name of this organization, of course, includes the word “enthusiast” in the name, but even the biggest press outlets are enthusiast press outlets. People enter this industry primarily because they’re passionate about video games and want to talk about them. This differentiates video games press from the mainstream media. The latter (ideally) is doing what it’s doing to be the “fourth estate,” the group that investigates and challenges existing authority, holding power accountable to the public, as well as disseminating important information.

Traditional media generally doesn’t need or try to maintain any close commercial ties to the entities they report on. They’re often antagonistic. Video game journalists have to try to balance good relationships with marketers and game makers while still maintaining editorial integrity. But while we hope we provide useful information and perspective, we’re hardly performing the same function as the mainstream media.

The problem of abuse is therefore high. It’s in the potential interests of both the press and the game makers to collude in order to provide positive coverage to certain games. The loser here, of course, is the consumer who has been lied to. Because of this, the press has an obligation, both legal and ethical, to disclose when they’re receiving some benefit from the game makers in exchange for the coverage. But even this doesn’t address the problem of whether the press might give positive coverage to a game so as to not be blacklisted and blocked by the game maker from future access to the information and review copies on which their existence relies. Unfortunately, there’s no good way of doing this. Video game consumers must be aware that these problems exist. They should also attempt to hold game makers that use deception or blacklisting accountable with their wallets.

The worst abuses of the press can come in the form of “native advertising.” This is a form of advertising in which an advertisement is made to appear to be a normal (or “native”) article or video produced by an outlet’s editorial staff. These pieces may be created by the advertiser, or by the normal editorial staff, but in either case it makes little difference. It must be clearly disclosed that the article is not normal content. Merely calling it “sponsored content” isn’t adequate, either, as that’s a nebulous term that can encompass any number of possible relationships. It might merely mean that someone has paid to have their name associated with an existing piece (which also should be disclosed). The disclosure should make it clear whether or not the piece would even exist if not for the compensation, and what the incentive was for its existence.

The New Problem of the Entertainers

The “traditional” video gaming press is slowly being supplanted by the relatively new video game entertainment industry. Video game consumers now obtain much of their information about games by watching YouTube let’s plays and Twitch streams, or even following the rapidly growing eSports scene. Even if it won’t fully supplant the press, its influence is undoubtedly enormous.

Because of this influence, many of the same problems that apply to the press also apply to this burgeoning industry, where the rules of advertising are even less likely to be understood. Indeed, many people, including the streamers and YouTubers themselves, might not see what they’re doing as a form of marketing or promotion. This is understandable in many cases. If you’re just playing a game you bought yourself and sharing it with your viewers, it doesn’t seem like a promotion. But it’s a wholly different thing when you’re given a copy of a game, or early access to a game, on the basis of your popularity with the clear motivation of marketing exposure.

The problem is that the dangerous symbiotic relationship can form just as easily in the video game entertainment industry. Game makers certainly have an interest in getting their games played by the most popular YouTube personalities or streamers, and streamers and YouTubers have an interest in continuing to get early access to new games. For example, if you’re the only streamer, or one of the few streamers, playing a major forthcoming release on Twitch, you’re going to get a lot of viewership. Having a good relationship with video game marketers is a huge advantage as a streamer over the considerable competition.

Thus, in my view, streamers should make these relationships clear so that their viewership isn’t misled. While this might be debatable, it’s not debatable that when a streamer or YouTuber is paid or otherwise incentivized to provide positive coverage, or any coverage at all, that must be disclosed clearly and in such a way as to not be missed. PewDiePie said he had included a small note of being sponsored by Warner Bros. in the description for his YouTube video on Shadow of Mordor, as per WB’s instructions, but viewers had to click on the “Read More” tab to see it, and it wouldn’t appear anywhere the video was shared or embedded.

The problem is compounded by the fact that many of these streamers and YouTubers don’t likely see themselves as press or publishers involved in the general world of commercial media, and thus subject to laws of general application. One YouTuber, defending his misleading promotion of his own CS:GO skin gambling website, even said he asked a YouTube employee if anything more than a “sponsored” note was needed, and relied on that employee’s response. Unfortunately for him, YouTube, nor its terms of service, are the law.

Syndicate was one of the YouTubers that owned a CS:GO skin gambling website and promoted it on his YouTube Channel

Some argue that these types of promotions are still a legal grey area, but this isn’t really true. While policies and guidelines specific to native advertising and sponsored social media have only recently been forthcoming, the law has always generally prohibited misleading and deceptive advertising. Hiding the fact that an advertisement is an advertisement falls clearly into those categories.

It’s important that gamers remember that, while it may appear that popular streamers and YouTubers are just successful members of the community of game players, the same can be said of most media, and they deserve similar scrutiny with respect to their marketing activities. Most of these successful personalities, after all, do it for a living, and should thus be considered professionals. We should expect a certain level of professionalism from them.

There’s nothing new about deceptive advertising, nor about hidden sponsorship and fake endorsements. Nothing about new media makes these rules different. The problem is that the creators of the new media, often single individuals, don’t know the rules or think that they’re performing advertising functions. So far, new media creators have been forced to take a crash course in copyright law, and a basic understanding of their rights and obligations is now fairly widespread with respect to that area of law. However, a forced crash course in basic advertising law might soon be forthcoming. Until then, video gamers should maintain a healthy skepticism about overly positive coverage, especially where the source looks like they might be getting favorable treatment from the game makers.