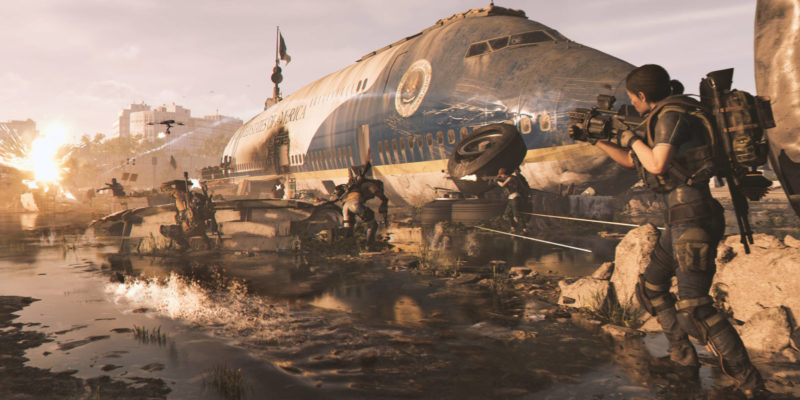 As always, Google’s streaming platform is looking to introduce more games to its library. This time around it’s Ubisoft’s Tom Clancy’s The Division 2, a popular looter shooter released last year. The Division 2 is already listed on the official Stadia game list and will release on March 17. The latest expansion, Warlords of New York, will release alongside the main game on Stadia.

There’s some great news regarding the Stadia release too. Fans won’t have to worry about being split off from their friends, as Ubisoft has made cross-platform support a priority. Both Uplay and Stadia owners will be able to play with party up with each other freely. Also, any progression made on the Uplay version of The Division 2 can be transferred to your Stadia version. This should save a few players the hassle of having to grind a new max level character out.

We’ve known that The Division 2 would be coming to Stadia for quite a while now. It was originally announced as a Stadia launch title last June. However, for one reason or another, it got delayed and will now be coming later this month instead.

It’s a big month for Ubisoft, with The Division 2’s huge new expansion just dropping too. Priced at $29.99, the Warlords of New York expansion adds all sorts of new things to do. For example, the level cap has been increased to 40, allowing you to make more powerful weapons than before.

Equally, the endgame has been extended significantly, giving even the most dedicated grinders something to get stuck into. The expansion also aims to improve Tom Clancy’s The Division 2’s overly simplistic boss battles.

Finally, the new level system introduces a concept similar to that of Borderland’s Guardian Rank. Although it’s execution is a little different, both effectively provide small stat boosts that add up over time.

Guild Wars 2’s first Visions of the Past, Steel and Fire, rolls out March 17