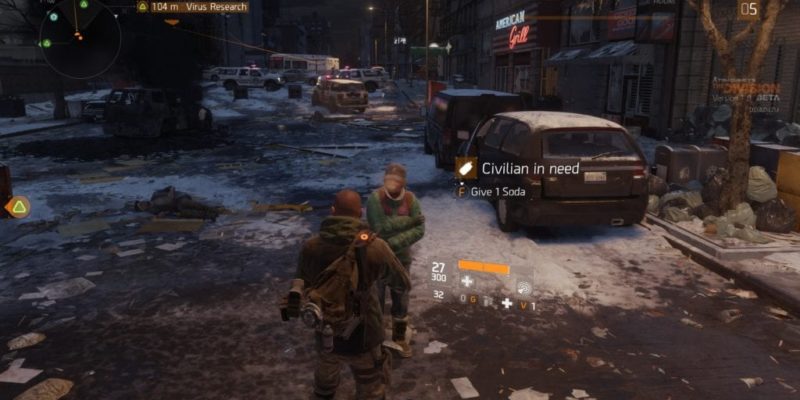 If you missed out on the closed beta for the Division then fear not because this week anyone can jump into the action.

The PC open beta starts on Friday 19th and the game can be pre-loaded now. There is however a problem with Steam pre-loads according to UbiSoft.

The Steam configuration for Tom Clancy’s The Division Open Beta is currently not enabling all players to initiate the preload. We are actively working with Steam on this issue and expect it to be resolved in time for everyone to be able to preload before the Open Beta starts.

Please note that players who took part in the Closed Beta and/or pre-ordered the game are not impacted.

All the info regarding the open beta and links to the Uplay installer can be picked up on The Division site.

Updates for this open beta include:

Unlock an additional Wing in the Base of Operations: