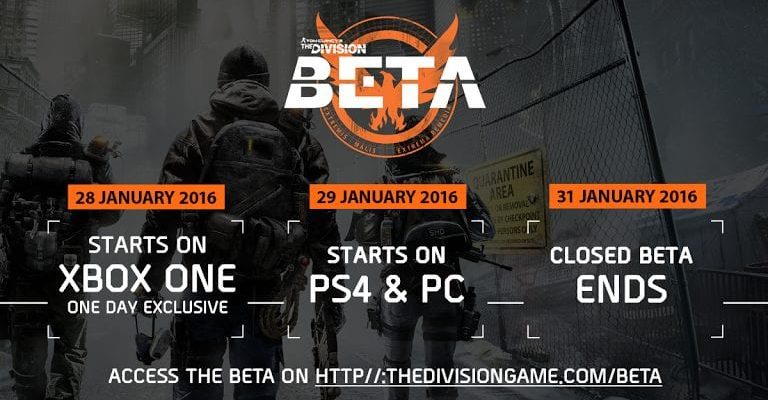 UbiSoft has finally nailed down a start date for the closed beta of The Divison.

The PC closed beta kicks off on 29 January and sign-ups are still being taken over on the official site. Anyone who has pre-ordered will be granted access.

This is another one of those annoying two day tests, the beta shuts down on 31 January. We assume there’s going to be a few more of these before release.

ESPN launches its own eSports section

Watch a pro multiplayer match of Gigantic in new video