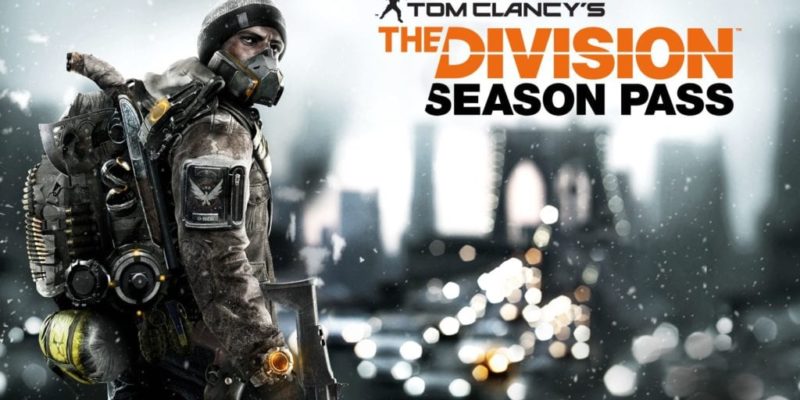 Stop me if you’ve heard this one before, but a Ubisoft big-budget title (in this case The Division) will be getting a season pass. Said pass is going to encompass three “major” expansions.

To be at least slightly fair about this, The Division is clearly intended to be one of these open-world, RPG-lite multiplayer titles that keeps releasing bits and pieces to keep players entertained and hooked (and stop them wandering off to play other games), so news of staggered expansion packs is pretty in-keeping with this style of game.

There will be some free updates too, which will apparently “add new game modes such as challenging group-oriented operations to test players’ abilities in co-op mode and win unique rewards”.

The three expansions said to be part of the Season Pass (which is apparently $40 if the separate product listing for when you add a ‘Gold Edition’ of the game to your Uplay basket is to be believed) will be released over the course of the year. Probably. Unless something goes wrong and they get delayed.

Each one will have new gear in it, and the general gist of each is as follows:

Underground: This first major expansion opens a new territory to players as they explore the uncharted underworld of New York City with up to 3 friends for intense co-op action.

Survival: In this expansion, the whole map turns into a Dark Zone for a hardcore multiplayer experience.

That last one sounds especially amazing.

‘Gold’ and ‘Sleeper Agent’ editions of the game come with the Season Pass already included. If you own the Pass, you also get “exclusive outfits and weapon skins, as well as access to special monthly benefits including exclusive content drops and special events.”

So basically Ubisoft really, really want you to buy the Season Pass. Get excited for these expansions for a game you’ve barely played because it’s only just having a closed beta this week.

GOG launches its version of Early Access with Games in Development