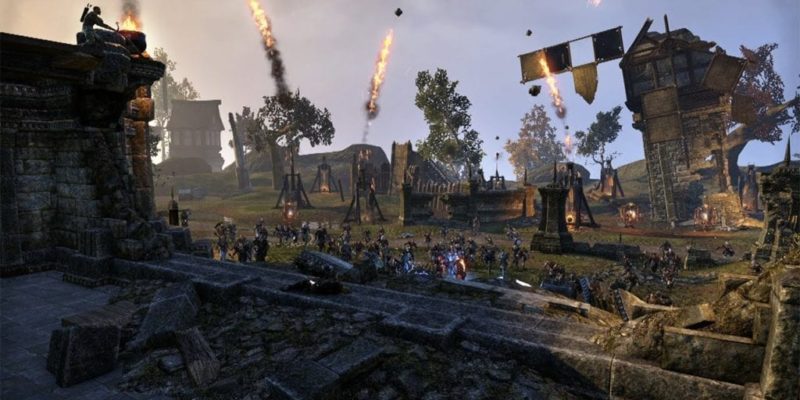 Bethesda has finally announced the release date for The Elder Scrolls Online this afternoon for all the different platforms the MMO will be apearing on.

Game director Matt Firor says that the two different launch dates are because “demand for The Elder Scrolls Online is extraordinarily high.” They want to roll the game out in stages to stop the dreaded MMO server launch issues and any other connectivity problems that you’d expect on launch day.

A new gameplay trailer has also been pushed out called the War in Cyrodiil which highlights The Elder Scrolls Online’s PvP system.

Game Director Matt Firor is excited about the date reveal and issued a special notice to the community in which he thanks beta testers and points out that four million beta testers have signed up so far.

I’ll have to admit that TESO is not an MMO that I’ve been desperate to try, as it looks like more of the same. Then again, every MMO these days looks pretty much the same.

Bedlam puts a normal man in a videogame world