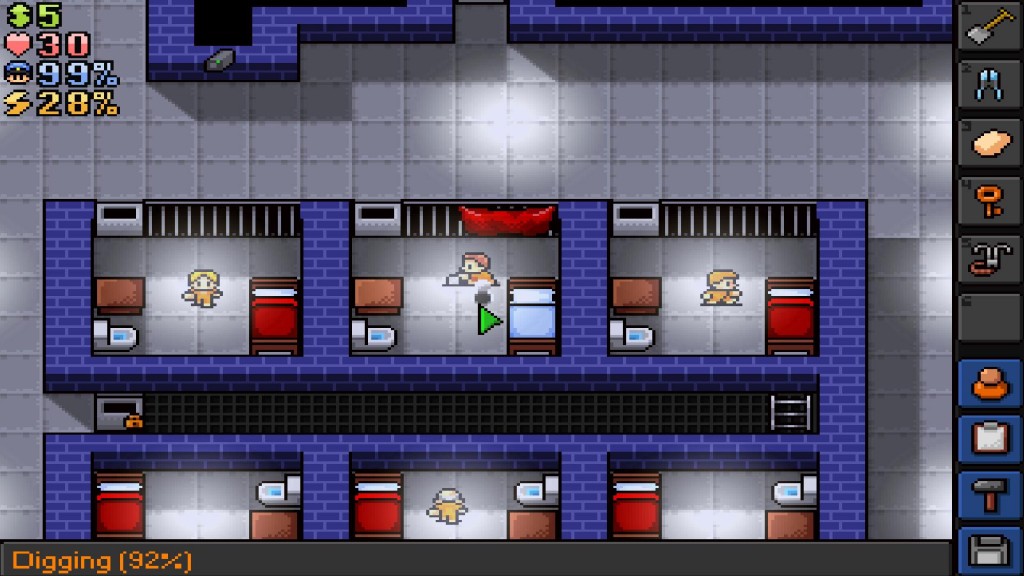 Team 17 and Mouldy Toof’s prison break-’em-up The Escapists will be set free in February.

The Escapists puts you in the orange jumpsuit of an prisoner in one of six different prisons, and tasks you with finding a way to break out. On the one hand you need to live the life of a prison inmate – following the daily schedule, doing your assigned job, mingling with other prisoners – but you’ll also have to find times when you can sneak around, steal or craft the tools you’ll need, and maybe partake in some less-than-ethical jobs for your fellow prisoners.

And possibly kill someone with a cup of molten chocolate, because it’s that sort of game.

There’s a full crafting system, 200 items to steal/craft/use, six prisons (from the minimal security of Center Perks all the way up to the Stalag Flucht POW camp), multiple methods of escape, and numerous prison jobs to undertake.

The Escapists has been in Early Access for while, but it’ll be leaving that on 13 February.

Heroes of the Storm: First Impressions