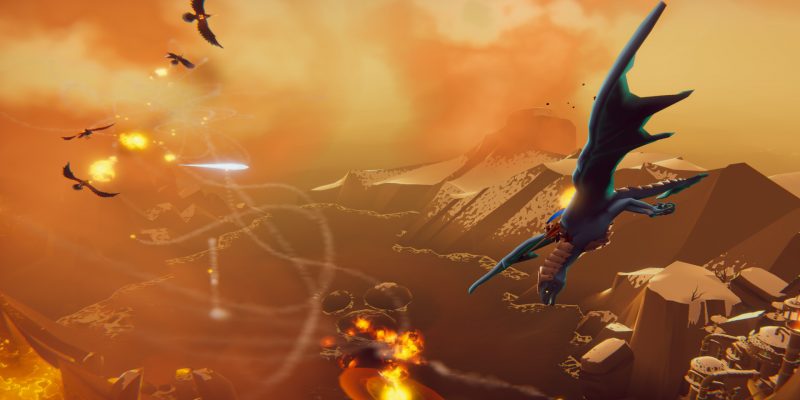 The Falconeer has come a long way since we previewed it back in September 2020. There was a free DLC titled The Kraken in January 2021. Now, publisher Wired Productions and independent developer Tomas Sala have launched a new premium content pack for the third-person aerial dogfighter. The latest DLC for The Falconeer is called The Hunter. It adds a new class that lets players take flight on the back of a dragon.

One of the most frequent requests from The Falconeer community has been the option to fly on dragons. Naturally, dragons are awesome, so this addition should go down well with players. To saddle up on the new mount, players will need to choose the new Mongres Hunter class. This will give you a ceremonial Ormir to ride – a swift drake with major firepower.

Best of all, the new class and mount are not limited to The Falconeer’s The Hunter DLC. Anyone who owns the base game will be able to fly on a dragon. However, if you want to play all of the new content, you will need to purchase the DLC.

The Hunter becomes the DLC

The Falconeer The Hunter DLC also adds a new way for players to tackle airborne combat encounters. You can now launch Pyro Pots at enemies. These will lock onto your opponents and burn them out of the sky. You can upgrade these fiery projectiles at any of the stores found in settlements around The Great Ursee. See the Pyro Pots in action in the DLC trailer above.