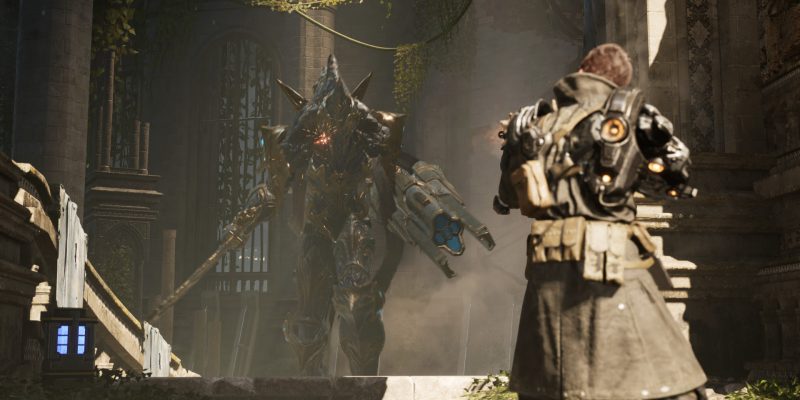 Free-to-play multiplayer games and looter shooters are nothing new, but there is an impressive level of polish on display when it comes to The First Descendant. The game is being developed by Nexon Games, and it was initially revealed last year under the codename, Project Magnum. In it players cooperatively take on hordes of aliens and indulge in RPG mechanics. Each Descendant, the player characters, have unique abilities to make use of in combat. A new teaser trailer for The First Descendant was just released, and it shows plenty.

The trailer gives us a look at some impressively detailed environments and characters, as well as a snippet of its third-person combat. The YouTube description reads: “Check out the sneak peek of The First Descendant‘s official trailer and enjoy the spectacular shooting action and high-quality graphics developed using Unreal Engine 5. We’ll be revealing our first official trailer soon. So, stay tuned! In the meantime, don’t forget to sign up for our October beta test.”

A new game has to do a lot to stand out in the shooter space, and we’ve already seen what can happen when things don’t pan out. That said, there are reasons to be optimistic about The First Descendant outside of its new trailer. Nexon is a South Korean developer and publisher that has been associated with successful games like DNF Duel and LawBreakers.

And The First Descendant seems like it’s shaping up to be a full experience. Players can form teams of up to four players and take on the roles of 12 distinct characters. The developer claims that there are enough movement abilities, skills, and weapons to craft your own battle style. The fact that players can equip up to three guns, four equipment pieces, sub-weapons, and even make use of a grappling hook should help facilitate that.