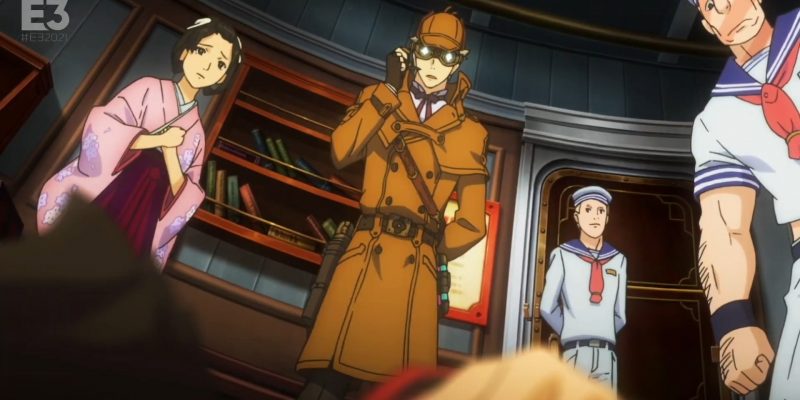 The Great Ace Attorney Chronicles made an appearance at Capcom’s E3 showcase, giving more insight on some of the new story and gameplay details. On top of that, we got a release date for PC. Releasing July 27, 2021, this marks the first time The Great Ace Attorney games will be officially available outside of Japan.

The Great Ace Attorney is a spin-off franchise from the Ace Attorney video games. Here, you play as Ryunosuke Naruhodo (his last name translating to: “I understand!” or “I see!”). He’s the late ancestor of Phoenix Wright, the protagonist of the main Ace Attorney games, and provides an origin story to the Wright family name. If you’re wondering why their last names are different, that’s a long story. It’s essentially based on how Capcom decided to localize the main franchise.

Chronicles is a collection of two games previously released in Japan. As a result, we’ll have double the murder mysteries to solve, with 10 trials instead of the usual four or five.

Like most entries in the Ace Attorney franchise, Great Ace Attorney brings in some new gameplay features. In Dance of Deduction, Ryunosuke must listen to Herlock Sholmes’ deductions and point out flaws in his testimony. As more details become clear, the two will come to a “metaphorical dance” on their way to conclude an argument. Meanwhile, in Summation Examination, Ryuunosuke will present arguments against multiple witnesses in the jury.

Even among all these new features, the core gameplay will remain the same. Ryunosuke must defend his clients in the midst of complicated murder mysteries. You’ll listen to testimonies from colorful witnesses as they take the stand, pointing out lies in their arguments with evidence. For fans who wish to simply enjoy the story, there will also be a function to automatically progress with the story. This means you won’t have to solve any of the mysteries yourself — the game will do it for you! 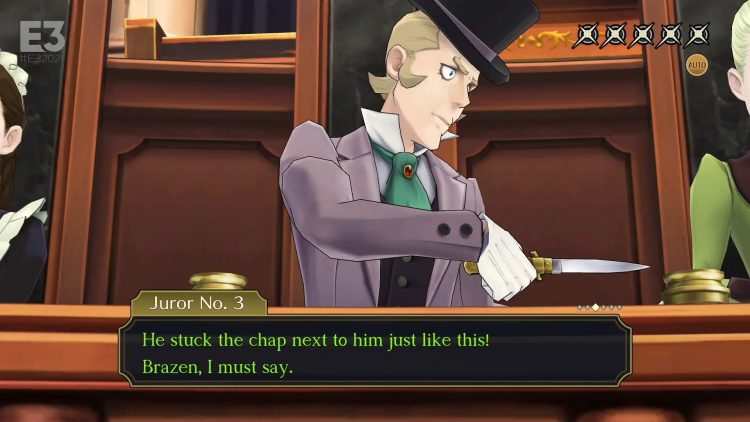 Here comes one of the new eccentric witnesses!

Mysteries from the 19th century

The showcase revealed a new story trailer, showing off some of the new gameplay features like Summation Examination. We also see a lot more of Herlock Sholmes (yes, that’s his name here), a prolific detective, and Ryunosuke’s assistant, Susato Mikotoba. The new prosecutor Barok Van Zieks is on full display, as well. Ace Attorney is notorious as a franchise for its wild and extensive entourage of supporting characters. The Great Ace Attorney is sure to carry that torch with its new lovable cast.

You can pre-order the game through Stream.