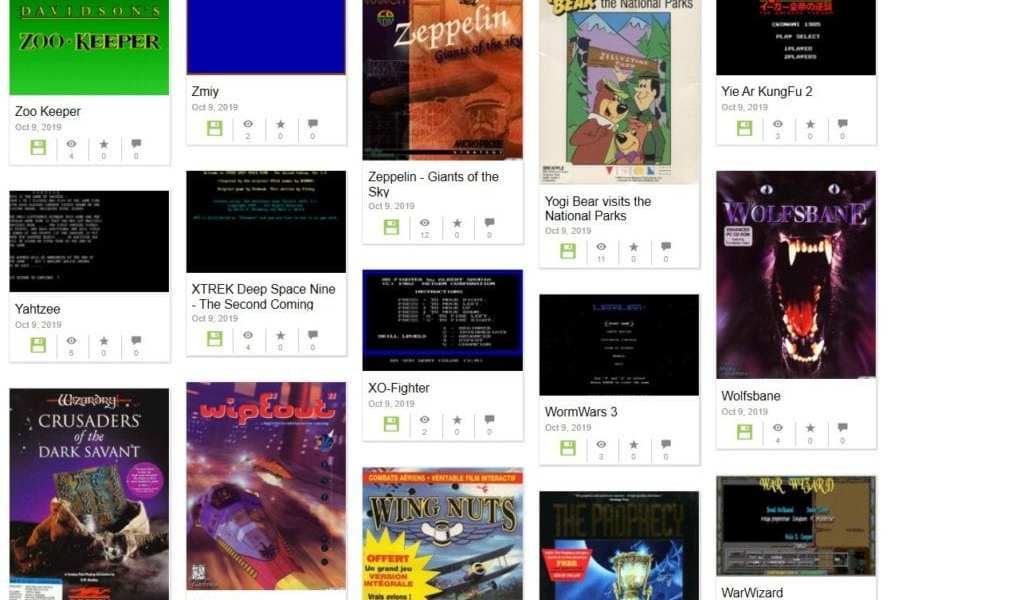 The fine folks at the Internet Archive have revealed the latest addition to their database. They have added more than 2,500 MS-DOS games. This brings the number of MS-DOS games in their collection to nearly 7,000.

The organization, which also features the Wayback Machine, has an incredible database of media available for users. For those unfamiliar with the group, Internet Archive is an official 501(c)(3) non-profit. Functioning very similar to a public library system, their goal is to make digital knowledge and media available to all users. Those visiting the Internet Archive can find various media like books, movies, games, and software.

Internet Archive gets help from eXoDOS

Project eXoDOS is responsible for bringing the MS-DOS games to the Internet Archive’s database. This group originally started out making MS-DOS games playable on modern platforms. Now, their project has expanded, and they are attempting to make the DOS game library (at least, as much of it as possible) playable for users. This, of course, not only includes older titles, but also newer independent projects built to run on MS-DOS. The overall goal is one of archiving and preservation, even including game manuals when possible. All the work that eXoDOS has put in includes files that might have been written for a specific version of DOS or specific hardware setups.

Jason Scott from Internet Archives has acknowledged that there are still some hiccups with playing these games in your browser. Firstly, “keyboard collision” will occur when the game requires full use of your mouse. This isn’t a huge deal, really, as it just means you’re dedicated to playing the game until you’re ready to stop. With that said, it does mean having to end your game session in order to go back to using your mouse on your desktop.

As well, some of the games built on CD-ROM might include file sizes that take longer to load in your browser than they would have on original hardware. Of course, people running older machines may also encounter issues with load-times. With all of that said, as networking speeds continue to increase over the years, it’s likely we’ll continue to see an increase in games available via browser-emulation. Both eXoDOS and the Internet Archive are doing incredible work in digital preservation.

Kudos to our sister site, Destructoid.

PUBG’s next update will bring vending machines and more