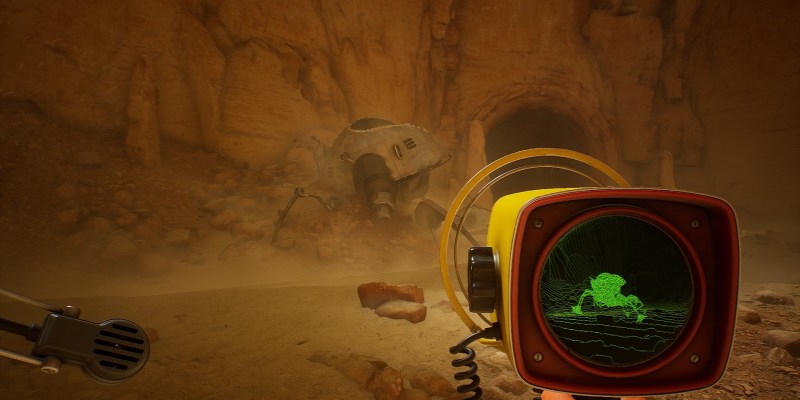 I’ve held some grudge against Stanislaw Lem’s The Invincible since reading it as a teen. It’s one of those Hatfields vs. McCoys deals: I barely remember the reason why. So imagine how I felt when I discovered that the demo of the game I was to preview was based on that book. Maybe it having the same name as the book would have clued me in if could remember more than two things (three if you count the grudge) about it!

In The Invincible, a space ship crew is investigating the planet Regis III. Not much background is given in the demo, only that you’re Yasna, and you’re trying to track down a convoy that the previous explorers set out with. Your goal is to find out what happened to them – and to avoid falling to the same fate.

On the ground, The Invincible is a first person exploration game. Lacking the correct dictionary, I’d say it’s a rigid world exploration game. Even if you can drive a vehicle or walk around freely, you can’t, for example, jump. You can only climb rocks in specific locations marked in your AI. You may have a bunch of tools on you, but most can only be taken out under certain circumstances. 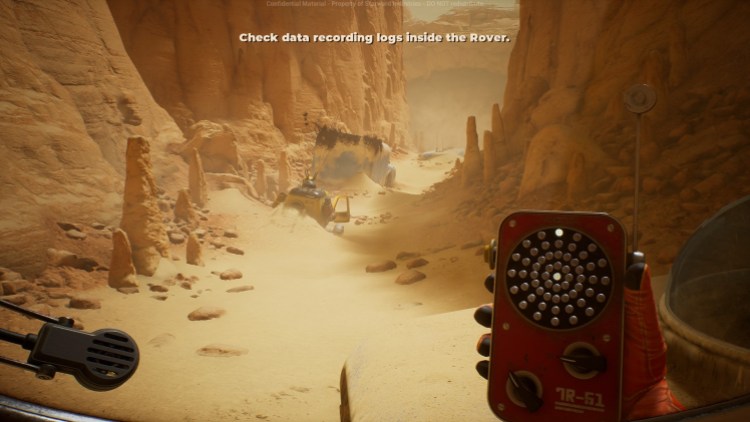 The rigors of Regis III

This mix of free and on-rails exploration runs into some issues with sequencing. It mostly affects dialogue and objective displays, but it is jarring. What if, after getting into an abandoned rover and listening to the black box recording, I got out and interacted with the rover itself? Why, the game will assume that I haven’t listened to the recording and will task me with doing it again.

This didn’t stop me from finishing The Invincible demo, but it was one of the most disorienting experiences in the game. The other was some photographs seemingly freezing in my hands as if they bugged up, but no, I just had to find a nearby view that matched the photos. In a situation like this, the game really needs some way to indicate to the player that they’re experiencing gameplay as intended and not something that’s indistinguishable from a bug. 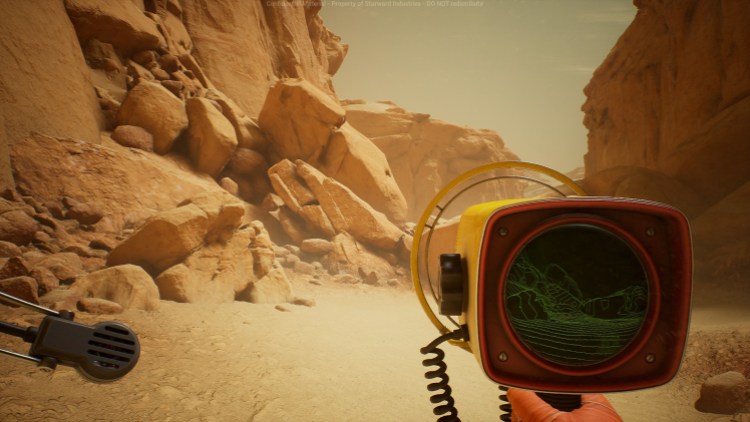 Divinity’s rift-sight goggles make a return as a handheld device.

Otherwise, the gameplay is fun and tactile. You’re walking and clambering around the place (even though it’s not entirely free form), investigating objects, and marking off discovered vehicles and corpses on the map. Once you find something, you can usually poke and prod at it to see if it works. I’m sure Penumbra wasn’t the first to do it, but it was the first game I remember where opening a cabinet required mimicking the move with the mouse. As The Invincible is an atompunk game, you’ll do a lot of tactile switch flipping and knob turning. All of that looks good and feels great, and I wish more games did it.

I once again reminded that we never got a full game that controlled like Nauticrawl. Boo! 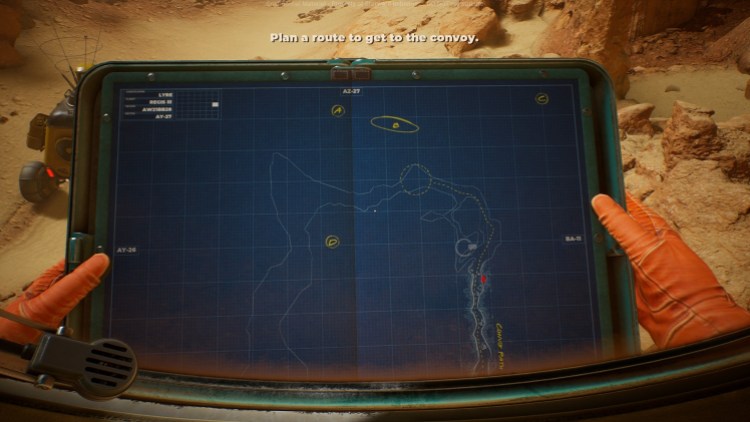 The map is amazing!

Back to The Invincible… It’s a very good-looking game! The atompunk aesthetic is well fleshed out with clean, curved designs for rovers, trucks, and the robotic antimats. Your gear looks like what scientific tools would have looked like if streamline moderne got to them. The environments are less impressive, but that’s probably because we have seen countless yellow rocky planets before.

The audio design works quite well, too, even if it isn’t really spectacular. But it’s obvious that The Invincible is going hard for voice acting, as Yasna is constantly chatting and bickering with her offscreen companion. There is some lack of grace in the way the lines are written, but it’s hard to say whether the original book (written in Polish) or the game developers (based in Poland) are behind this. I would certainly love to undrestand how some dude questioning Yasna’s assessment that there may be metallic life on the plane is supposed to be taken seriously in a current-day sci-fi work.

The Invincible demo left me a little confused. On one hand, I love the visuals and the strangely tactile rigid world works fine. On the other, there’s a lingering dissatisfaction with the main subject of the book and the way the game handles sequence-breaking actions. Yet with this being merely a demo, there’s still a lot of time to iron out the kinks.