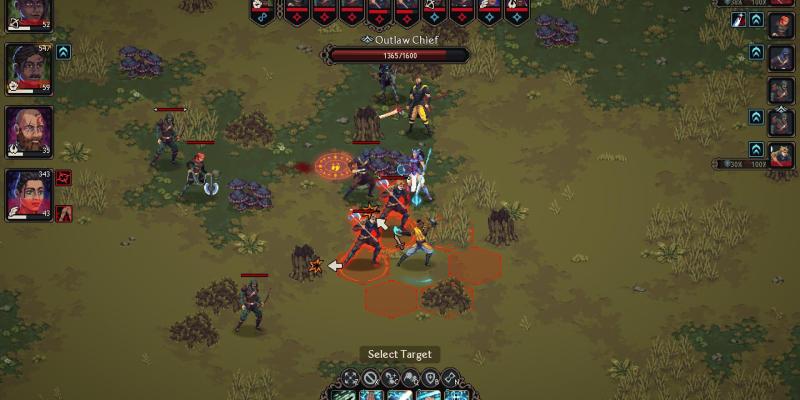 The Iron Oath is a new offering from Curious Panda Games and Humble Games. Available now as an Early Access game, The Iron Oath lets you control a band of mercenaries as they venture forth in the land of Caelum.

What follows is an adventure with some twists, as your roster is beset by many challenges. From betrayals due to greed and dragons popping up from rifts, you’ve got your work cut out for you. Still, while The Iron Oath does have some interesting mechanics reminiscent of titles such as Battle Brothers and Darkest Dungeon, there’s still a lot of work to be done.

The Iron Oath uses a turn-based battle system where each unit on the field attacks independently based on their speed stat. Similar to other titles in the genre, you’ll move units to cells (i.e., tiles/nodes) before unleashing an attack. At the moment, you have six classes to choose from ranging from the beefy Pyrolancer and glass cannon Stormcaller, to a healer/support type like the Guardian. Each class has several skills that can be unlocked and further upgraded, though the Early Access version of The Iron Oath won’t let you select some higher-tier boosts.

Still, while there are obstacles and traps, the battlefields in the game are mostly flat with little to no verticality involved. The usage and effects of some abilities can sometimes seem identical as well. For instance, the Valkyrie’s Skewer, the Pyrolancer’s Infernal Pillar, and the Guardian’s Holy Barrage all hit enemies in a straight line. Meanwhile, the Stormcaller’s Conduit, the Guardian’s Judgment, and the Huntress’ Volley are all channeled abilities. There are also those that hit all adjacent targets.

In this way, the combat mechanics can get fairly repetitive as you progress. It’s also hampered by the fact that almost every bout has a simple victory condition that merely requires you to kill all enemies to win. 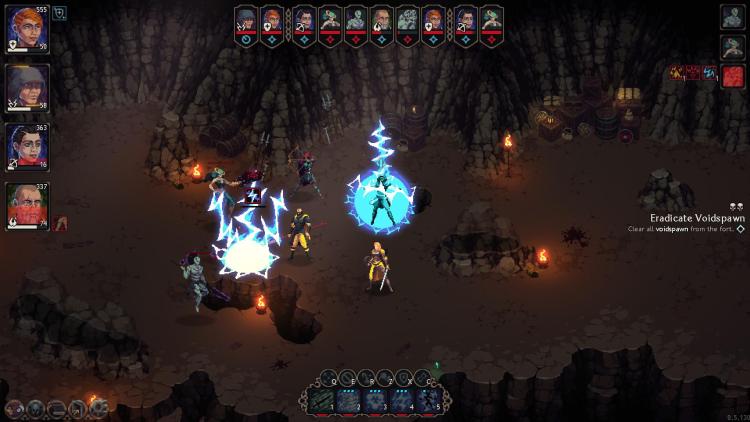 The Iron Oath also suffers from tedious dungeon treks. There are missions that take you to small crypts or caverns, each with multiple rooms. While you can look for items or experience events, the timer at the bottom-right section of the screen is also working against you.

Moving to each room, scouting ahead, and certain dialogue responses cause the time to elapse. Once it hits 20 (or a different value if you change it prior to starting a campaign), your party suffers a debilitating debuff. These include an increase to your fatigue (more on this later), a higher risk of injury, or a greater chance to get ambushed. There’s even an effect where your party suddenly loses provisions.

Also, just like the darkness mechanic in Darkest Dungeon, you’re penalized the longer you explore. While there’s a way to camp to refresh this timer, general exploration and loot in The Iron Oath are still woefully unrewarding. There’s almost no reason to plumb a dungeon for treasure if said treasure would only be a potion bottle, a bandage, or weaker equipment. This is further exacerbated by the fact that all the provisions that remain unused are lost upon exiting the area (you’re merely refunded a fraction of their costs). 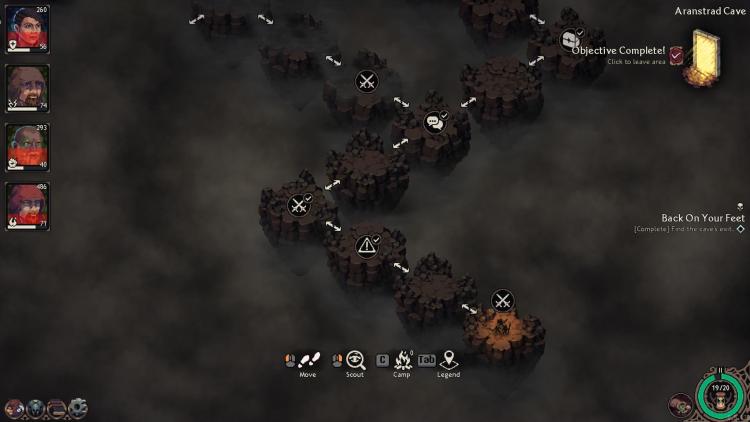 As you continue your campaign in The Iron Oath, you’ll be able to acquire and complete contracts (i.e., sidequests/missions). Doing so provides additional gold and reputation. Likewise, you’ll have the means to boost your mercenary guild’s roster further. Sadly, even though you have a dozen characters with you, you’re limited to just four people for battles and dungeon delving.

You’re nudged to rotate your team members due to injury or fatigue. In the case of fatigue, this requires several days of rest at an inn before the status is fully cleared. It doesn’t help matters that additional party members have an annual salary, draining your coffers despite being benched for prolonged periods. Items and gear pieces are also rather over-simplified and unremarkable. 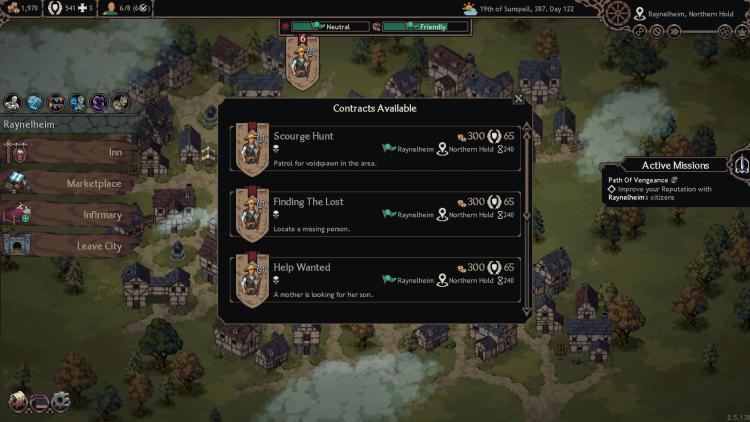 Is The Iron Oath worth your while?

After a few hours of playing The Iron Oath, I found myself with a beefed-up squad of four and several substitutes that are part of my roster. Unfortunately, I hardly cared about any of them. Moreover, I’ve fought countless battles, just repeating the same tactics over and over.

To be fair, there are some interesting concepts here since there’s a wider world to see, more mercs to recruit, and noble houses that are vying for control. But certain limitations (i.e., four-person party) and odd elements (i.e., the timer and unrewarding dungeon runs) led to a dull experience. It is an Early Access game, which means there’s a lot of work to be done. However, at this stage, it’s not something I could recommend. 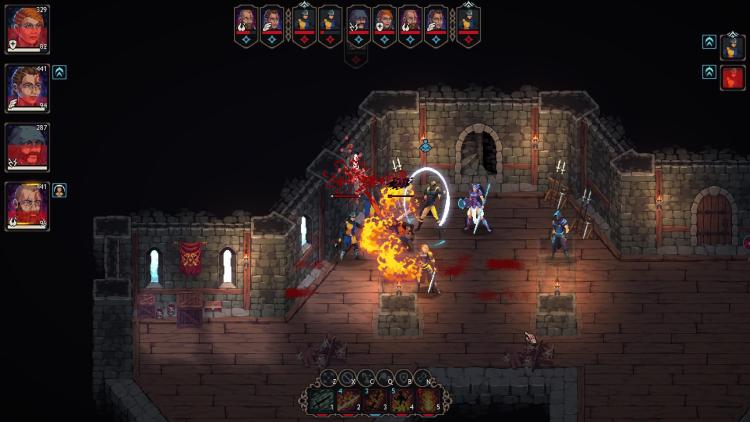 How to complete Fortnite Lantern Trials and earn in-game rewards

Sonic Origins confirmed for a June release date, and comes with DLC tiers