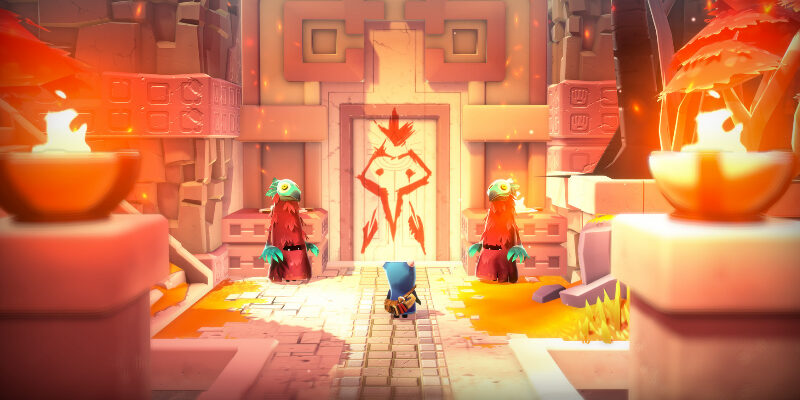 From today onward Hello Games’ The Last Campfire is now available for purchase on Steam. The puzzle adventurer game was previously released as an Epic Games Store exclusive in August 2020. However, the exclusivity deal that locked the indie game to a specific release platform is no longer active.

A game coming to Steam when it has already been available for over a year may not seem like that big a deal. However, there are some PC gamers who refuse to purchase products on the Epic Games Store as a form of protest against its owner’s practices. Epic Games pays many publishers for exclusive rights to have games only sold on its marketplace.

The Last Campfire lived up to its hype receiving significant acclaim when it launched last year. However, some PC players didn’t get the chance to try it out due to its Epic Games Store exclusivity. Not having the choice to pick a platform irritates some players to the point where they’ll happily avoid any exclusives.

In defense of the developers taking these exclusivity contracts, Epic Games does offer a good deal. An indie developer like Hello Games will have received a far better revenue split from sales of The Last Campfire on the Epic Games Store than if it had launched on Steam.

Either way, players on all major PC distribution platforms can now try out The Last Campfire. It’s clear that Hello Games learned its lesson with No Man’s Sky and used that to create a fantastic game. Many reviewers were especially impressed by its ability to tell such a powerful and emotive story.

Hello Games itself has been an example of one of the industry’s greatest comeback stories. Following the rough state No Man’s Sky launched in, the developer received a lot of criticism from media and fans alike. But with some hard work and impressive leadership from company founder Sean Murray, it managed to turn things around.

Take a tour of Shing Jea Island from Guild Wars 2: End of Dragons