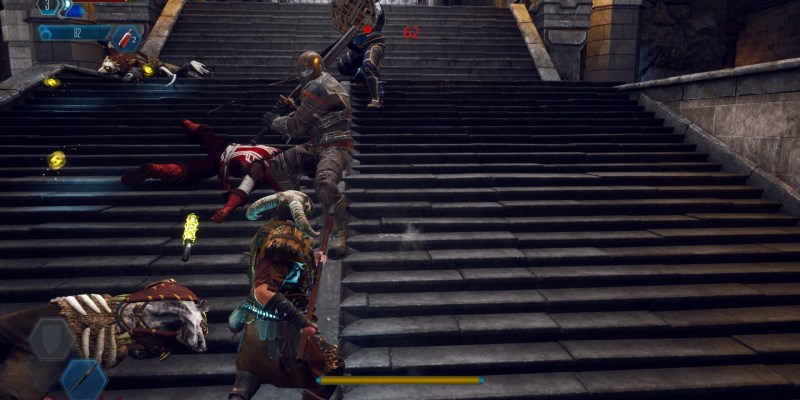 As a rule, I typically don’t enjoy 3D Souls-likes. I like the FromSoftware games that inspired them, but those games work because of their meticulous world design, careful combat balance, and fantastic gameplay options. Many 3D games that aim to be “Souls-likes” typically miss the mark on all of those things and more. The Last Oricru falls into this, too. The thing that really smarts is that Souls combat and level design are in this game, but it mostly wants to be a story-focused action RPG. As such, it really didn’t need to try and copy something it never had any hopes of emulating.

The story is honestly quite interesting here. You play as a human only known as Silver. Silver came to the planet Wardenia with his shipmates, only for something to go horribly wrong (as is wont to happen). The humans awake in a monastery run by monks of the Naboru race, which is at war with the Ratkin people. The characterization and dialogue are, surprisingly, very good for the most part. The world-building is solid and the central conceit of choosing to ally yourself with The Last Oricru‘s factions kept me wanting to see what was next.

However, the gameplay just didn’t quite cut it for me. The combat and exploration feel at odds with the storytelling. The Last Oricru would have probably been a lot better off if it did its own thing instead of aping something else and trying to staple it to its narrative elements. If Spiders could do it with GreedFall, I feel like this could’ve been something a bit more compelling than another Dark Souls derivative. 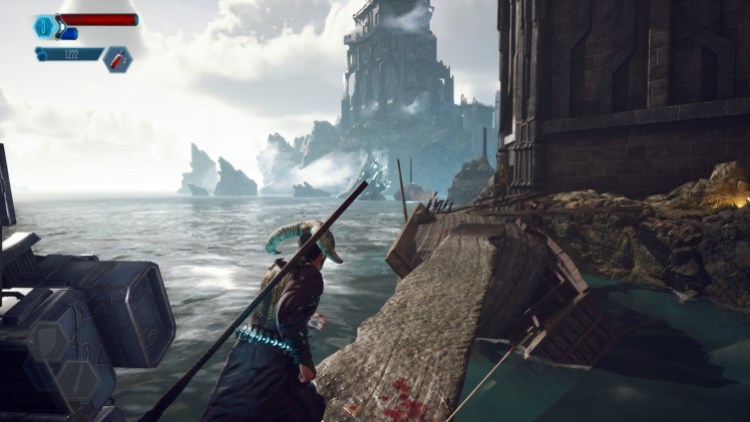 The narrative elements come out of the gates swinging from the very beginning. You can listen to major characters speak for minutes on end, which is all fully voiced. Not all the voice acting is great, mind you. Another human, Petra, has an actor that nails her lines. Silver’s voice actor doesn’t fair as well, nor does he feel like he fits the character or game. His voice is too light and sarcastic, and he feels funnier than he probably should. It doesn’t help that Silver’s character design is atrocious. He has a full beard and a partially-shaved head on one side with long hair on the other. He looks like some kind of generic hipster slapped in a fantasy game.

Honestly, I wish Petra was the main character. Her better character design and voice acting makes me feel like an opportunity was missed, although I suppose that’s quite appropriate for The Last Oricru. The initial monastery section functions as the game’s tutorial. Towards the end of it, I was tasked with sneaking past some guards to go grab a weapon. Immediately after being told this, Silver got seen, and an NPC then lectured me on how grossly I failed at the simplest of tasks.

Aggravated, I restarted the game and got back to this point. From what I can gather, it seems impossible to not get seen, as the guards saw me even when they were looking in the opposite direction. I don’t know if this is the case, though. The Last Oricru autosaves constantly, so it’s not like I could try again. If it is indeed impossible to sneak past the guards, the game does a bad job of conveying that you don’t actually have the power to change things. If it isn’t, then the game does a bad job of conveying how sneaking works. Both are vexing. 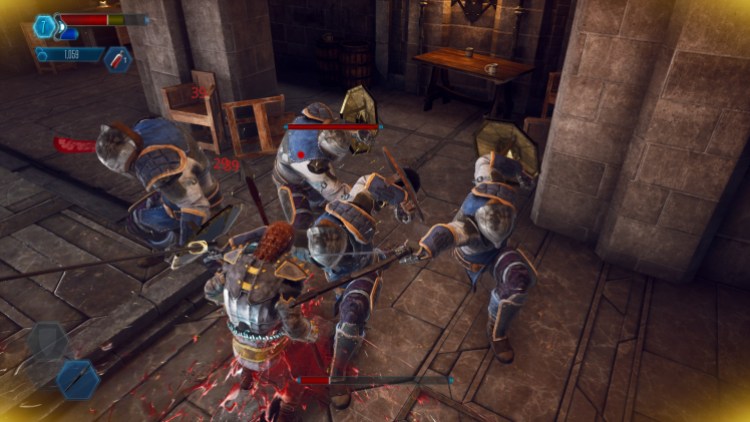 In the FromSoft games, exploration is usually a joy. Areas are memorable to keep you from getting turned around, and it’s quite easy to return to bonfires and get back to where you were upon death. The Last Oricru does a poor job of copying this. Areas are confusingly laid out and visually redundant. The second major area, a Naboru city, features sewers that are very easy to get lost in. The city streets are overly samey and mostly bereft of memorable landmarks with which to right yourself.

The combat is mostly fine, though. It lacks the sense of weight and power the FromSoft games have, plus the attack buttons can be unresponsive. Every little thing knocks Silver out of his strikes, as well. The Last Oricru is also strangely focused on having you fight groups of enemies at once. It tries to balance these by giving enemies less health and reducing their damage, but this style of combat doesn’t work well for crowd fighting. The game should probably have its own combat instead of copying something else’s if it wanted to come at it from a different angle.

At the very least, some new things could have been brought to the table to really change things up. But nope, things mostly just play like a worse Dark Souls. As I said, this is a pervasive issue with games like this. Silver can equip two sets of weapons and shields, maybe. I’m not clear on this. There are two slots on the character equip screen, but it’s not obvious how these work. But it’s mostly the same drill that you’re familiar with. Enemies drop “essence” that you can use to level up. If you die, you leave your essence there and can go get it later. 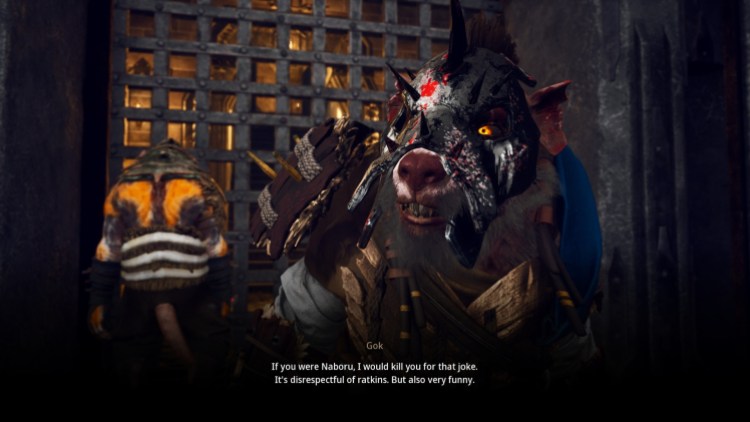 The essence, the basis

You then use that essence to level up. You can put points into the typical things: health, carry weight, strength, dexterity, intelligence, and mana. Weapons have light and strong attacks. There are strength and dex requirements to wield weapons and have them do their full damage. It’s the same thing we’ve seen for years now. The difference with The Last Oricru is that it has co-op, where a second player can be a ghostly version of silver. Both players can use co-op only spells, too, which is an interesting touch.

I think The Last Oricru would be more worth it if it had tried to be its own game instead of simply co-opting something else. I just don’t find it worth the effort to wander the bland environments trying to get my bearings and remember where the bonfire equivalents are. If it were as focused as a regular action RPG, this could have been much more compelling. But maybe I feel this way because I’m so lukewarm on Souls-likes to begin with. Players more willing to forgive the lack of commitment here may have a better time. 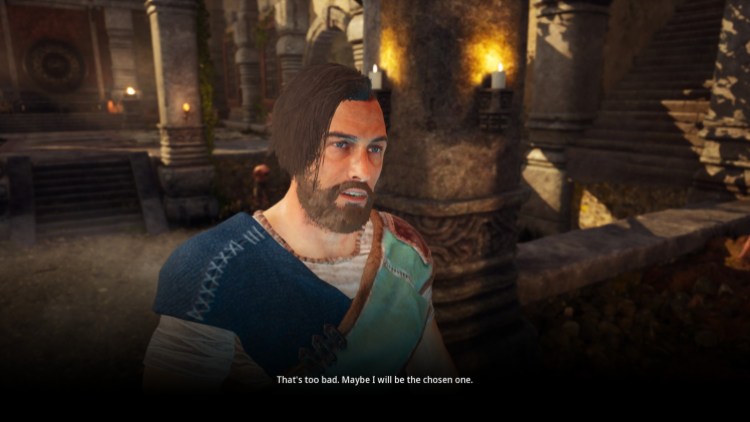 A FIFA 23 World Cup mode appears to have been leaked

Konami is looking into creating new Web3 and Metaverse projects