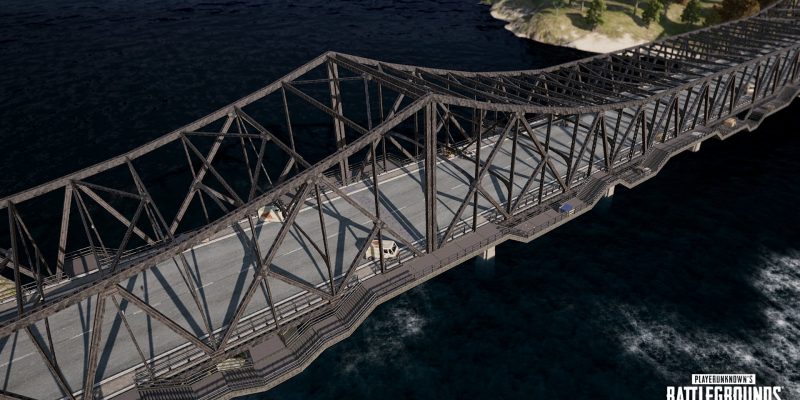 If you’ve played PUBG for a decent amount of time, you’ve been a bridge camper on Erangel, have died to one, or maybe both. Either way, bridge camping on the original PUBG map has been a mainstay, and for now it isn’t going anywhere. That being said, the tried and true practice will face some new challenges going forward. The latest patch for PUBG introduces some sweeping changes to the bridges of Erangel, which should make players think twice before they start bridge camping.

Today’s changes to the Erangel bridges come as part of PUBG‘s 11.2 update. Besides the bridge changes, a new Survivor Pass launches for the game today, giving players the opportunity to dress up in cozy pajamas. Some balancing changes also came with this update, including changes to drive-bys. If you’re a fan of shooting up players on the go, you’ll notice that primary weapons now have 10% more recoil. That increase doesn’t apply to sidearms though, so Scorpion users can keep having fun.

A lot of new content has arrived in the latest patch for PUBG. The biggest changes, however, are still to Erangel’s bridges. Players going over either of the bridges between Erangel’s mainland and Sosnovka island will notice a slew of differences. First and foremost, the bridges are now much wider than they were before. Catwalks have also been added under the bridges, giving players a new way to approach bridge campers. The catwalks also connect to the ground, providing a new way to get onto the bridges that doesn’t leave players totally out of cover.

On the bridges themselves, there is now even more cover to get behind. This is a blessing for anyone that likes bridge camping in PUBG. They’ll now have more objects to hide behind as they wait for a vehicle to pass by. However, even players on the approach will be able to make use of the various vehicles and stone barricades located on Erangel’s bridges now.