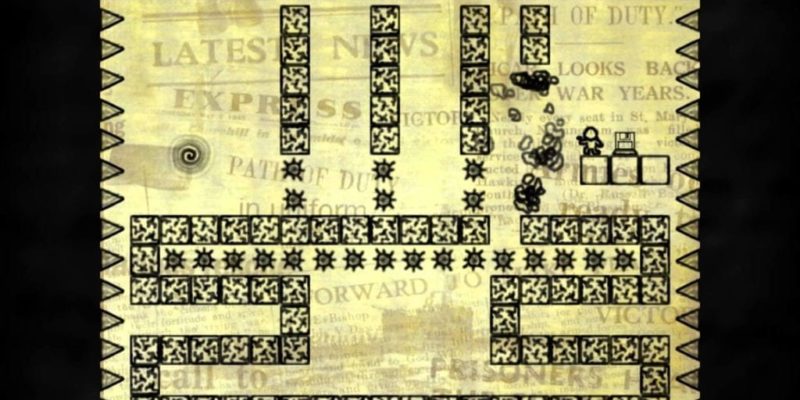 Early last month, indie game studio The Layabouts announced their new title, The Legend Of Doodle. The game, a platformer with a focus on elegant simplicity, has been in and out of PC development for several years, but is finally gearing up for a Q2 2014 release, now with Mac and PlayStation Vita versions in tow.

Guiding the titular hero, Doodle, through a hastily-scribbled world, players will find themselves traveling across looseleaf, construction paper, cardboard, and more on a quest to free the kingdom from the corrupted King HB. Thousands of obstacles stand between them and the end, and it’ll take a keen eye and precision footwork to make it out alive. Interesting secrets, subterranean detours, and hidden collectibles wait around every corner, providing plenty of opportunities for the enterprising explorer to whet their appetite for adventure.

The Legend Of Doodle is being actively developed for PC, Mac, and PlayStation Vita. During these last few months of development, the dev team will be posting new videos and information on the game’s official website.

Updates will detail new features and additions, as well as examine the title’s changes and improvements over the course of its four-year history.

No final decisions on price, specific release date, or additional platforms have been made at this time.