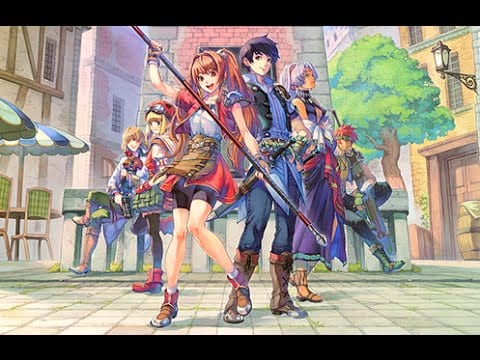 If you fancy spending 50 hours with a JRPG, the newly-released The Legend of Heroes: Trails in the Sky might be just what you’re looking for.

Trails in the Sky previously only hit the West on PSP at a time when everyone was migrating away from that system, so it’s likely new to most of you. Now, XSEED and Marvelous USA have meticulously localised and released it on PC. Considering it’s hailed as one of the best JRPGs that almost nobody ever played, I consider this a good thing. I’m told to expect a hugely in-depth game with a massive amount of backstory and lore, a lot of well-written and multi-faceted characters, and a frankly unheard-of level of attention to detail – to the extent that every treasure chest in the game apparently has a different message if you examine it again after opening it. You can perhaps see why localising this thing took awhile.

XSEED are apparently also working on localising the sequel, Trails in the Sky: Second Chapter, but if that’s as big and detailed as this then it might be awhile before we see it.

Trails in the Sky casts you as Estelle, a bracer (read: half-police, half-mercenary) trying to find out where her missing father has vanished to. It will almost certainly involve ancient evil, shadowy plots, and an apocalyptic threat. I have no idea if it actually does, but it’s a JRPG that isn’t called Suikoden so I’m guessing it will.

It’s priced at £12.99 on Steam with a 15% launch discount dropping it to £11.04 until 5 August, or you can grab it over on GOG for $16.99, if you prefer that service. I fully intend to pick it up, and if I actually get time to play it anytime soon then I may even write something about it. Think I can convince Paul to let me review a giant JRPG? Hmm.