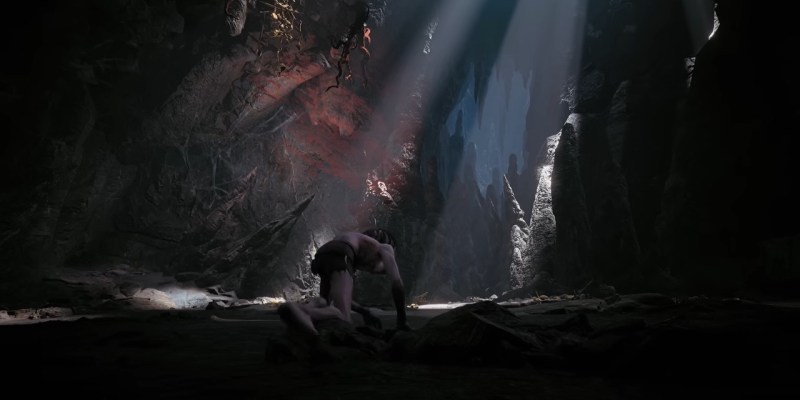 It looks like we’ll have to wait a little longer for the next title set in Middle-earth. Daedalic Entertainment’s The Lord of the Rings: Gollum has officially been delayed. This was announced earlier today with a tweet from the game’s official Twitter account. The post reads, “in order to deliver the best possible experience, we have decided to push the release of The Lord of the Rings: Gollum by a few months.”

We’ve known about The Lord of the Rings: Gollum since its announcement in August 2020. But since that time we haven’t seen or heard a great deal about the game. Sure, we’ve had the odd trailer here and there, but what’s been shown hasn’t looked that great. The most recent gameplay trailer showed a game that looked quite rough. Considering its previous September release window, things weren’t looking great.The new release date hasn’t been confirmed yet, but it’ll be interesting to see if a few months can improve things.

Gollum’s time to shine will have to wait

If there was any character in Tolkien’s Middle-earth universe to base a game on, Gollum doesn’t rank very high. That’s not to say that a good game can’t come from the idea, but it’s arguably harder to sell. The Lord of the Rings: Gollum does seem to put an interesting spin on the character, by allowing the player to truly see the world from his perspective. Plus it certainly brings something new to the table with an aesthetic that looks far more cartoonish than what we’re used to. But nothing that’s been shown really looks all that interesting. The Lord of the Rings: Gollum seems to borrow nearly every feature you’d see in most AAA titles’ stealth section, and graphically speaking, it’s not brilliant. Overall, the game doesn’t seem too impressive.

The Lord of the Rings: Gollum needs plenty of time in the oven, so its delay isn’t too surprising. A few months isn’t a very large amount of time, though, so we may not see a lot of change. Hopefully, Daedalic Entertainment can polish the game enough to make it look a bit more interesting.

Stray mods allow you to play as Garfield or a dog

By Chirag Pattni23 hours ago
News