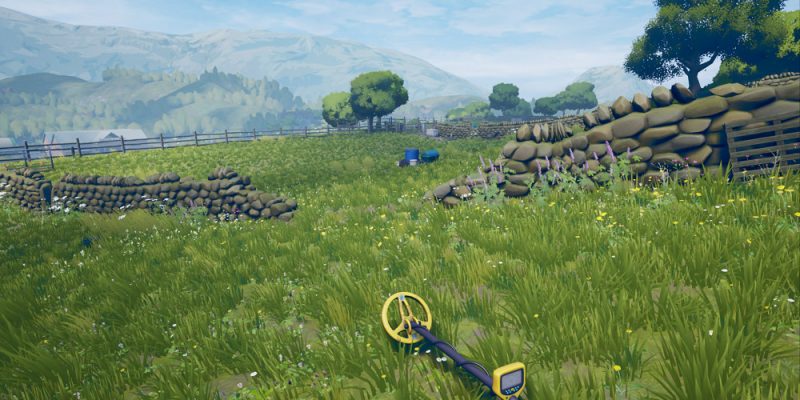 We all need more metal detecting in our lives. It’s quiet, it’s peaceful, and sometimes you find old ammo. This is why I’m looking forward to playing The Magnificent Trufflepigs when it comes out. Set in England, the game features some romance as well. And I do love a good romance. Although, in a video game, that usually means drawings of scantily-clad anime characters with ridiculous proportions and not a first-person narrative game. We don’t have long to wait to start detecting those precious metals, however. The game is launching June 3 on Steam. It will launch on Epic Games Store at an unspecified point afterward.

The Magnificent Trufflepigs has a bit of a pedigree, as it’s headed up by the lead designer of Everyone’s Gone to the Rapture. Plus, it features the voice talents of Arthur Darvill, best known as Rory, the husband of the somewhat faithful Amy Pond on Doctor Who. The story of the game concerns a man named Adam as he aids a woman named Beth after he return to his home village. Beth is looking for some treasure, hence the metal detectors. Makes sense, I think. Unless pirates are involved.

To coincide with this announcement, AMC has even released a live-action vignette showing Beth as she looks through a box while a tape recording of her as a child plays alongside. It’s about a minute long, but it really whets the appetite for the romantic metal-detecting that we’re surely in store for. Kevin Penkin, who recently did the music for the excellent narrative game, Necrobarista, will also handle the music for this game. The Magnificent Trufflepigs is AMC Games’ second release. AMC Games is the gaming division for the TV channel that brought us shows like Breaking Bad and Mad Men. Those are some high standards to go up against, but we’ll have more on how the game fares when our review goes live next week.

Uncharted 4 is coming to PC, according to recent Sony IR document