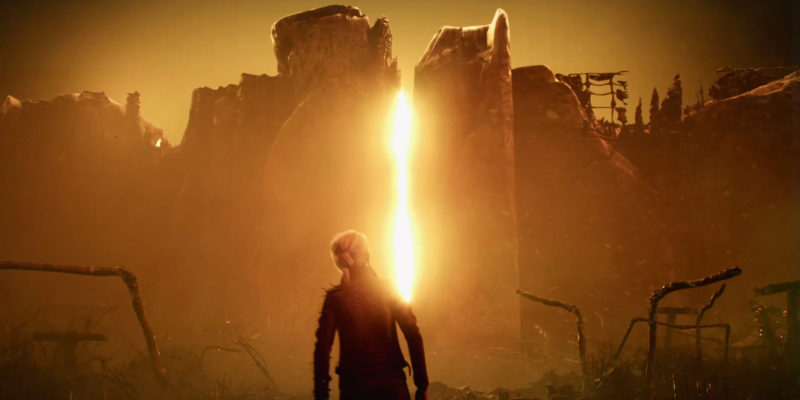 Veteran horror studio, Bloober Team, has shown off another trailer for its next game, The Medium. Touted for its “dual-world” feature, where two worlds exist simultaneously, The Medium is headed to Xbox and PC this Holiday. The new trailer dives deeper into the story behind Bloober Team’s next big horror title.

It introduces us to The Maw. The Maw is a nightmarish entity and the main antagonist of the game, voiced by Troy Baker. Baker has become an increasingly popular choice for video game actors (he’s even in Dirt 5), but usually he plays the protagonist role. It’ll be interesting to see how Baker will breathe life into a horror antagonist, but we have no doubt he’ll pull it off. We’re also introduced to Sadness, a mysterious masked girl who haunts the halls of the abandoned Niwa Hotel. Hopefully she’s more fascinating than her name suggests.

Check out the new trailer for The Medium below.

The Polish developer says that The Medium is its most ambitious title to date. We know a lot of studios flout this kind of talk for their latest game, but this one holds weight. Bloober Team has typically worked on smaller projects, like Layers of Fear and the recent Blair Witch game, and this one has a little more of that AAA sheen to it. The game also features a soundtrack co-composed by Akira Yamaoka, who worked on Silent Hill. That’s some horror pedigree.

The art of The Medium

Some additional artwork has also been released, titled “The Gift.” This piece of art relates to the title of the game, The Medium. Marianne, the titular medium, readies her psychic energy against the backdrop of the material world and the spirit world. As her title suggests, Marianna enables the protagonist to exist in both game worlds.

A full release date for The Medium still hasn’t been revealed, but Bloober Team is saying Holiday 2020. The developer has said it will launch on Xbox Series S/X this Holiday though, so barring any delays, it could be a launch title on November 10.