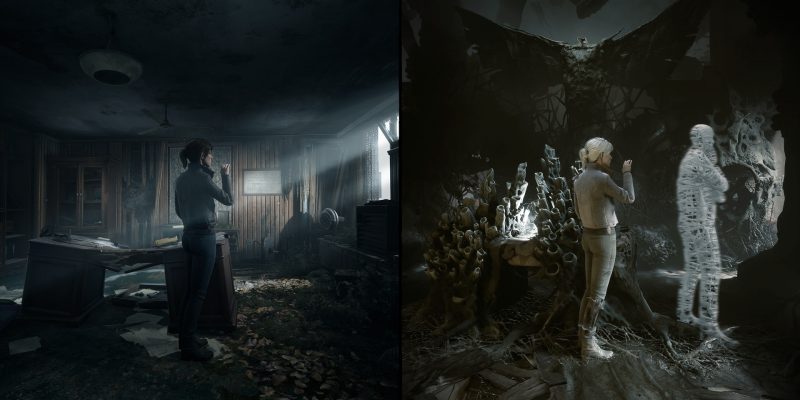 Developer Bloober Team has been known for crafting horror thrillers. We’ve seen the likes of Observer (and Observer: System Redux), Blair Witch, and the Layers of Fear games. Now, the studio is releasing its most ambitious project yet: The Medium.

The Medium places you in the role of Marianne, a woman who’s able to communicate with the dead. However, this isn’t just some hullabaloo hoax that you see in a number of morning shows. Indeed, Marianne holds great power, but there’s more than meets the eye.

It all starts with a dead girl

From a young age, Marianne has been experiencing a recurring nightmare, that of a little girl being shot by an unknown man. Marianne has no idea who these people are, and yet it’s through this vision and many others that her powers awaken. This bit of exposition sets the stage for The Medium‘s story, and, fairly early on, you get to experience Marianne’s abilities as she guides a spirit to the afterlife.

The narrative moves forward, and Marianne finds herself in Niwa Resort, a facility for workers when Poland was still under Soviet rule. It’s the site of an unspeakable tragedy, haunted by malevolent spirits and echoes of the past. However, all hope is not lost. Marianne must find a way to solve the mystery, and, perhaps, learn about the true nature of her powers as well. 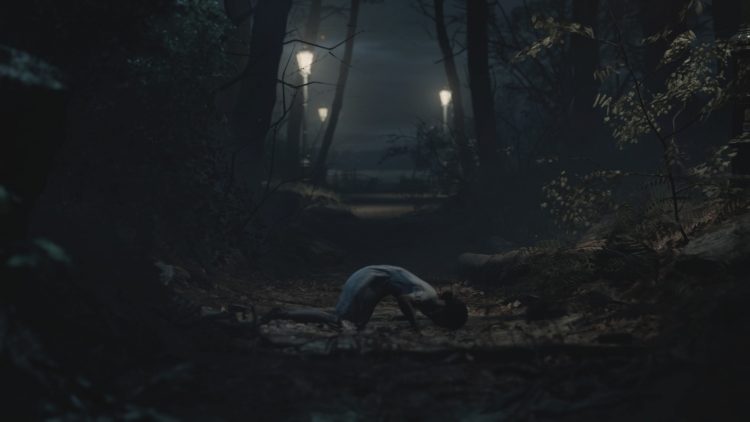 My spirit senses are tingling

There’s no denying that The Medium is truly Bloober Team’s most ambitious project yet thanks to the highly touted dual-reality gameplay. Marianne isn’t just able to check for clues in the material world, but she can also investigate parts of the spirit world.

This alternate plane exists alongside the real world, albeit designed in grotesque and macabre ways. You’ll see sites littered with bones, walls made of rotting flesh, eerie lights in the distance, and hungry moths that can chew through your character. It’s equal parts surreal and frightening. Likewise, this feature is present as you hear echoes of past events, see luminescent butterflies and footprints, and notice hidden objects with your insight. 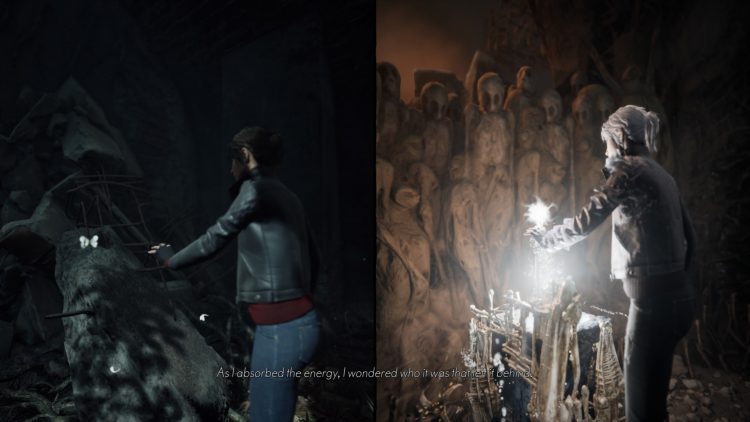 It doesn’t stop here, though, because The Medium contains several moments where Marianne experiences “the split.” When this occurs, the dual-reality gameplay kicks in, one where you can control Marianne in both worlds. You can have an out-of-body experience, allowing your character to reach new areas. Moreover, you can charge Marianne’s spirit-based abilities and and examine mirrors that let your character teleport to the spirit realm when needed.

The mechanic itself isn’t just a gimmick used to solve puzzles. Rather, it’s also something that adds to the cinematic experience, engrossing narrative, and emotional impact of various scenes. Without going into spoiler territory, let’s just say that Marianne’s interactions in the spirit world are visibly seen in her own reactions in the material world (and vice versa). 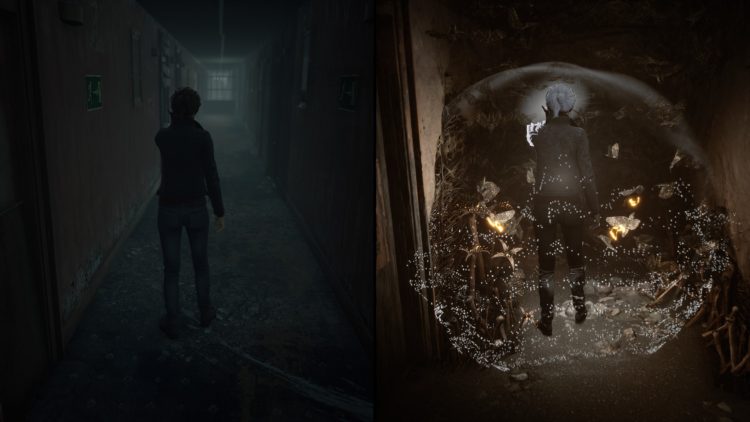 Given that The Medium is a psychological horror game, you won’t see it littered with many jump scares. Instead, it relies on a foreboding sense of terror given the bleak landscapes, dreary atmosphere, and alarming visuals of the spirit world. It manages to succeed the same way that other offerings such as Little Hope and Amnesia: Rebirth did.

My only gripe, though, is regarding a particular entity that hounds you from time to time. For lack of a better term, this entity might be monstrous, but it isn’t scary at all. Although there were instances when I might’ve felt the thrill of the chase, most other encounters had me giggling due to how easy it was to escape. 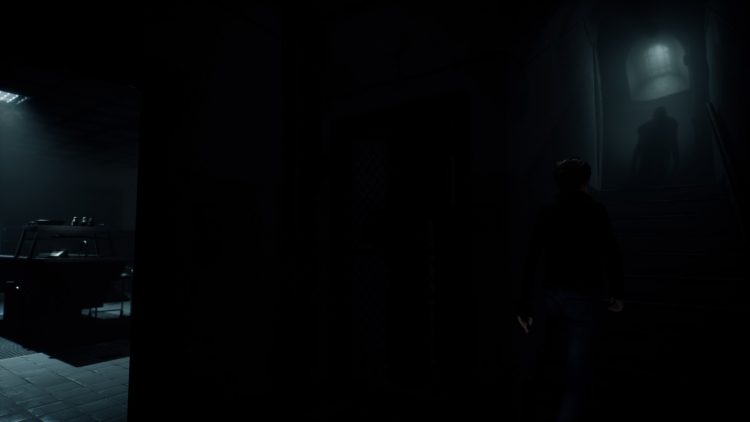 From a graphical standpoint, The Medium‘s visuals are excellent. The creepy locales and horrifying designs will pull you right in, immersing you in its dark world. As cited in our technical review, the game performed admirably. With an Nvidia RTX 3080, I was able to play at 4K UHD resolution on the highest settings while netting 60 FPS consistently during regular gameplay moments. Of course, the framerates would drop down to 50 FPS once dual-reality gameplay occurs. With ray tracing set to ultra, though, I’d get roughly 35-45 FPS and 30-40 FPS respectively.

Speaking of ray tracing, this option is only available if you launch The Medium with DX12 selected. However, I would advise you not to do that. In my experience, DX12 caused stuttering and slowdowns whenever you checked notes and clues. As with most horror games, these items are everywhere, and you wouldn’t want to experience these performance issues throughout your run. Furthermore, there were instances when controls felt a little clunky and your character moved too slowly. There were also a handful of cases when the game has no audio upon launching it. Loading a save and pausing seems to fix this problem. 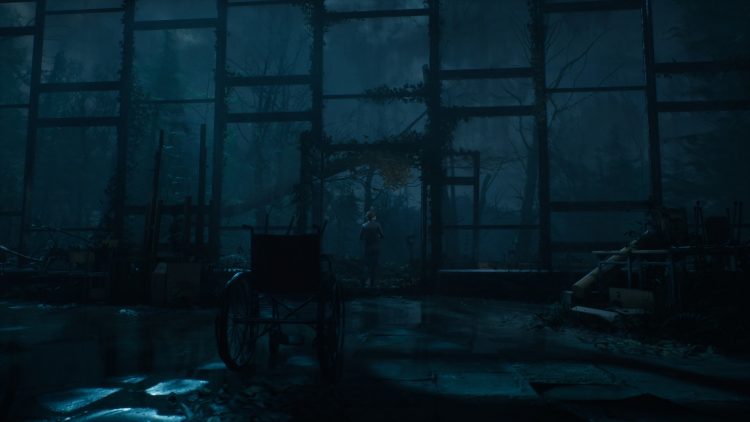 It all ends with me

The Medium‘s dual-reality gameplay is really something to behold. It succeeds not just as a means of searching for clues or solving puzzles, but also as a storytelling device. The feature is a surprisingly refreshing twist to a genre that we’ve gotten used to.

As for the story, The Medium‘s narrative is suspenseful and dark. There are some disturbing themes and scenes that may shock and unnerve you, though it can feel a bit disconnected at times. Unfortunately, this roughly seven-hour journey fell flat towards the end. Again, without spoiling anything, let’s just say that the ending came abruptly and without any resolution. I don’t know if I’m supposed to find more collectibles to discover an entirely different ending or if this is what the developers planned. However, I do know that I wasn’t even prompted to make a choice. Like Marianne’s journey, The Medium‘s conclusion was truly bizarre. 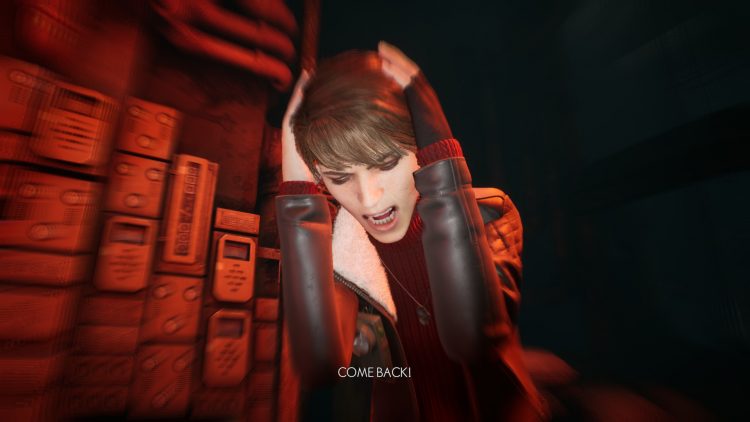 A psychological horror game from Bloober Team which lets you play as a spirit medium.
7.5

Although it has demanding system requirements, The Medium is still a marvelous offering when it comes to its visuals and gameplay. Its locations will haunt and horrify you, and its dual-reality system will provide refreshing ways to complete your objectives. Unfortunately, it also suffers from a few technical hiccups, and its bizarrely abrupt conclusion leaves a lot to be desired.