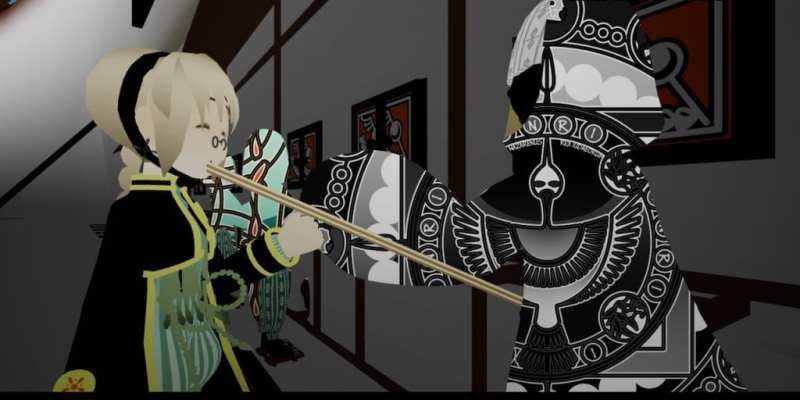 Enter our contest for your chance to win The Midnight Sanctuary on Steam!

This contest is a spooky one — enter to win The Midnight Sanctuary for Steam.

It’s October, which means I get to bask in all the spooky glory of the season. Sometimes it’s movies, and sometimes it’s short stories — but today, it’s weird video games from Japan!

We’ve got four copies of The Midnight Sanctuary to give out so you can get your creepy visual novel fix!

The Midnight Sanctuary is a visual graphic novel from developer CAVYHOUSE, purveyor of interactive novels. Players will explore the small village of Daiusu, long secluded from the rest of Japan. In order to bolster tourism, local authorities decide to build a large cathedral to honor local martyr The Saint, a figure the locals revere for her patronage and ideals.

As famous historian Hamomuro Tachibana surveys the town to learn its past and help usher in its future, reality begins to fall apart around her. People disappear, reappear, and twist themselves in half right before her eyes as insanity begins to take hold of the situation. With a striking stained-glass visual style that mixes 2D and 3D images, you’ll experience the horrifying events right along with Hamomuro as you discover the true nature of Daiusu.

This sounds so “Weird Shit from Japan,” which is exactly why I’m presenting it to you guys today.

To enter for your chance to win, use the widget below to follow PCI on Twitter. And don’t forget to share our hard work with your friends! You never know when they’ll disappear or reappear or rip themselves in half on you.

We have four Steam keys to give out. Our winners will be drawn on Monday, October 8.

The Midnight Sanctuary is available now on Steam, PS4, and Switch. For more chances to win, head over to Destructoid.

Win a Steam key for The Midnight Sanctuary from PCI!