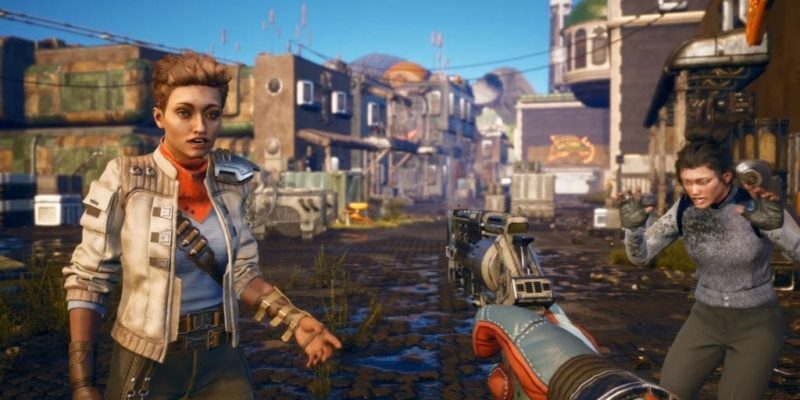 Microsoft started the E3 2019 celebrations by showing off Obsidian Entertainment’s upcoming game, The Outer Worlds. The demo, which you can check out below, details a little more of the premise and even shows a bit of gameplay. Most importantly, it finally gives us a solid release date for when we can play the game.

The last time we got solid information on the game, other than small tidbits here and there, was back when the game was announced in December during The Game Awards. We learned then that Obsidian, widely known for their work on Fallout: New Vegas, would be releasing a new, cell-shaded RPG set in a far-off space colony. The main character wakes up from a several-decade long cryostasis slumber on a ship that is being piloted to the Halcyon Colony.

The trailer released during the 2019 Xbox Briefing informs us that this little slice of the galactic dream is run by corrupt organizations. Now, it’s up to the player to take them down.

Life in the Outer Worlds

Player freedom seems to be a major element of The Outer Worlds. The main character is “someone who could be a villain, or a hero, or a psychopath,” the trailer tells us. It also seems to imply that the player’s actions will have some effect on Halcyon and how the story in The Outer Worlds unfolds, although the full extent of this is not yet known.

The demo ended by giving The Outer Worlds a release date. Players can get their hands on it October 25 of this year (sometime after the supposed release date which leaked back in February). The game will be available on PC, PlayStation 4, and Xbox One.

Are you ready to get your hands on The Outer Worlds? Let us know if you’re excited about the game or if you still need a little convincing in the comments below!