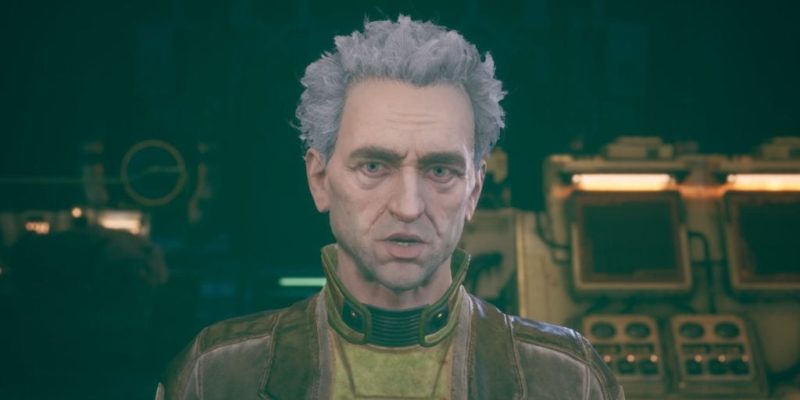 The most interesting weapons in The Outer Worlds are the Science weapons, a category of arms that do some very weird things. The first you’re likely to find is the Shrink Ray, which should give you a good idea of the madness you’re in for here.

The downside: finding some of them can be a bit of a pain. The upside: we’re here to help. As far as I know, there are five of them spread across The Outer Worlds, and their locations are listed below.

As a general guideline, you can buy datapads and the like from merchants on both the Groundbreaker and on Monarch. These will either prod you in the right direction or outright mark the weapon on your map. Simply playing through and doing other sidequests will usually land you pretty close to them. But if you want them now, read on for the full locations!

The first weapon is on clear display in Phineas’ Lab, just to the side of the viewing window where you speak to him. Despite what Hawthorne’s terminal may have you believe, there’s nothing fancy about this: Phineas is more than happy to hand it over. 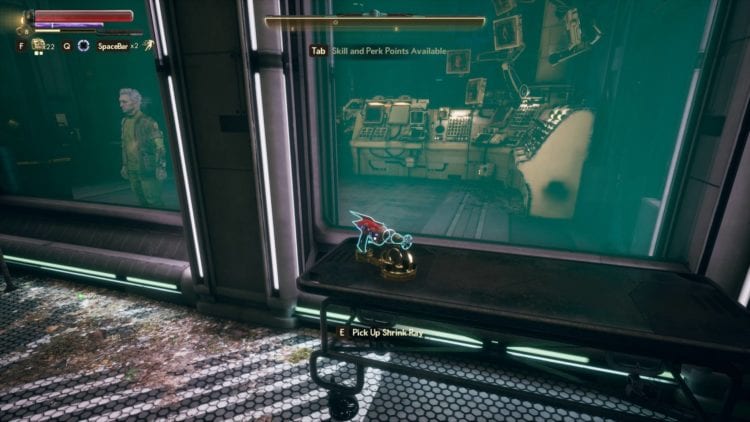 The second weapon can be found on the Groundbreaker. You’ll want to head into the Stevedore’s quarters. You can find these by heading to the left, just before you enter the main concourse (the neon-filled area with all the shops). If you’re looking at the map, it’s a small room in the area to the west on Floor 4. There are crates stacked up next to the bunks on the left. If you’ve wandered in here before, you may have seen the red “enemy” markers pointing out that something is amiss. 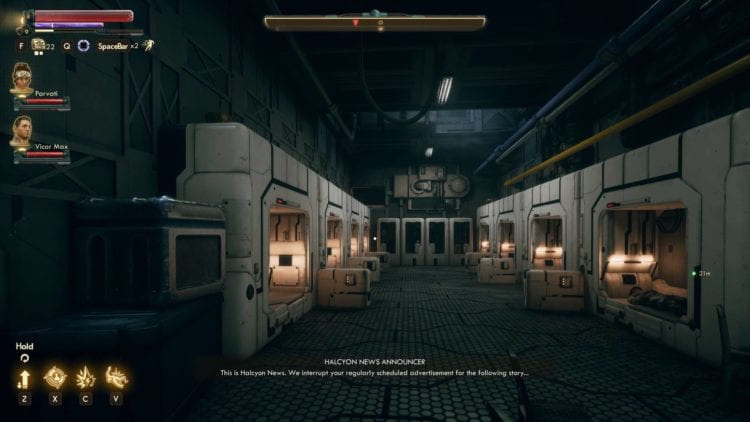 Hop up onto those and on top of the bunks, and then head across to find an open vent. This’ll drop you into a room with a bunch of outlaws: take them out and, to the north end of the room, you’ll find a door with a level 60 lock on it. Fortunately, the outlaw squad leader has a keycard on his corpse, so no need to pump points into lockpicking. Open the door up and find the Prismatic Hammer inside. 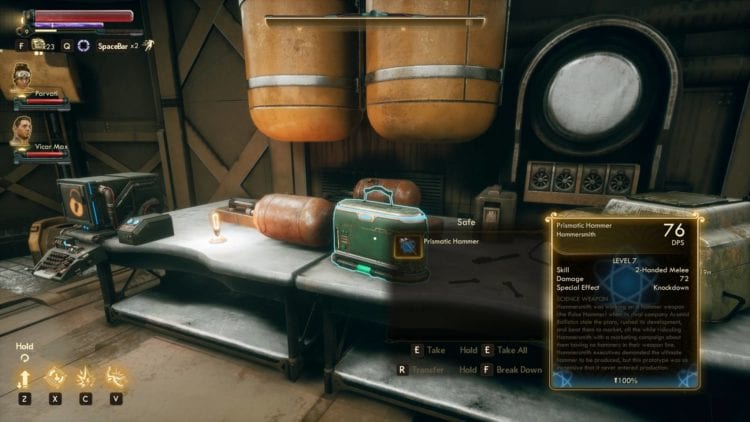 If you’ve bought the various datapads from Gladys on the Groundbreaker and checked them in your terminal on the Unreliable, you’ll have a navpoint directly marking this one on your map. If not, head to the buildings to the northeast of the map: this is the one you’re looking for. 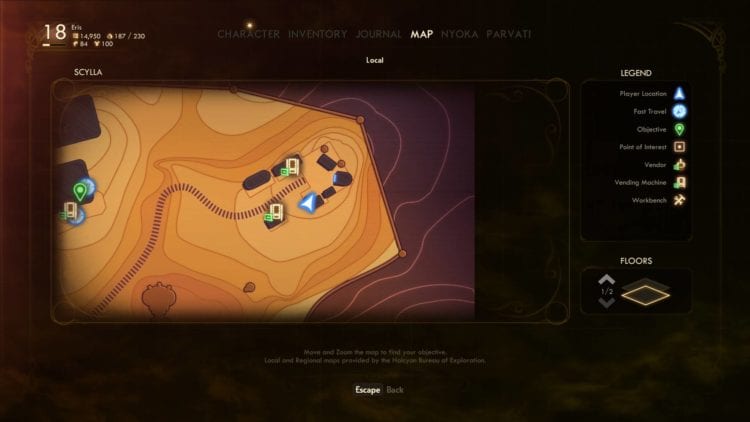 As with the Shrink Ray, there’s nothing fancy to do here. Simply head in there and check out the chests to find the Mandibular Rearranger. 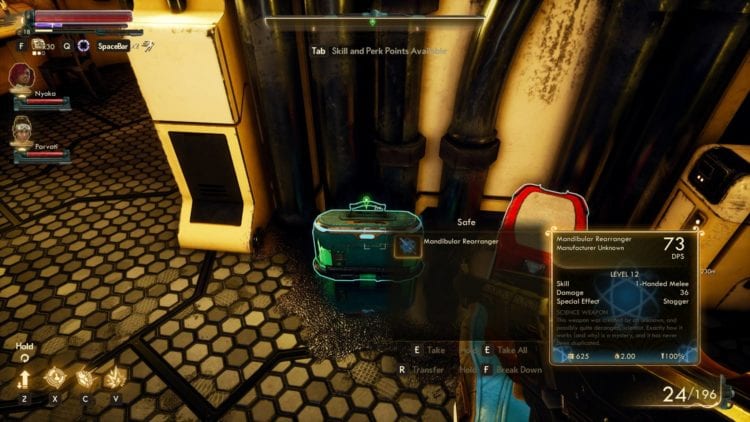 The fourth Science weapon is on Monarch. If you have the Errors Unseen quest, that’ll give you some pointers that will help, but it’s definitely not essential.

The easiest way to get there is to go to the Amber Heights crossroads and head southwest. Turn west off the road and up a hill littered with mines, and you’ll find yourself at a little outpost unmarked on your map. (Note that if you’ve found Chastity’s keycard from a separate questline, you can sneak in through the back door instead.) 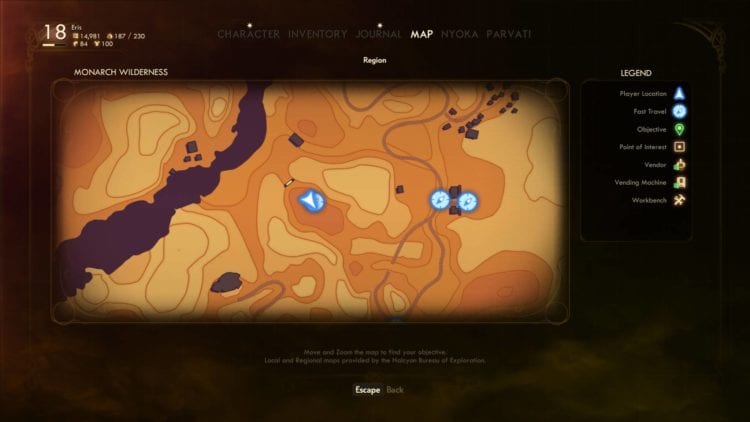 Deal with the marauders and head into the main building. Upstairs, you’ll find a UDL Weapons Research keycard. You can use this on the terminal downstairs to unlock the Gloop Gun Containment Unit. 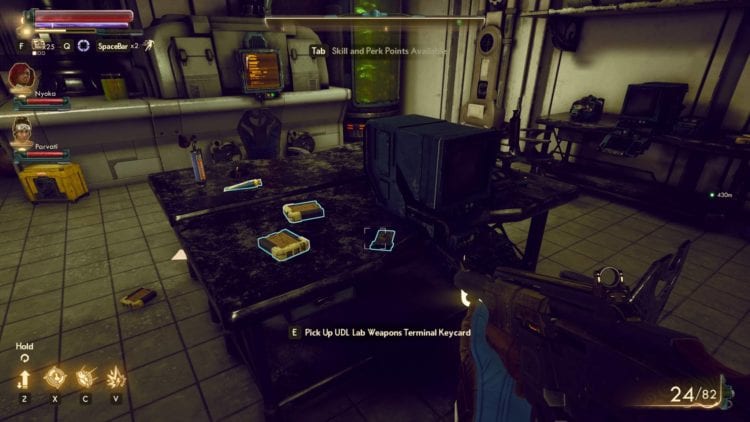 You’ll need Hack 55 to bypass the test, but don’t worry, it’s easy enough and you can try repeatedly. Just answer with the most corporate responses imaginable. (“Protect the Chairman”, “Berate him relentlessly”, “Arrest your spouse.”) Congrats! You’ve got yourself a fancy Gloop Gun.

The fifth and final Science weapon is also on Monarch, and it’s probably the most convoluted to get.

First, get the quest Space Crime Continuum from Lilya Hagen on the Groundbreaker, in the Sublight offices. This’ll point you in the direction of a Sublight contractor on Monarch, who has a rather handy passcode on their corpse. (Note that this quest may not be an essential step given how freeform The Outer Worlds is, but it certainly makes things a lot easier by pinpointing where you need to go.) 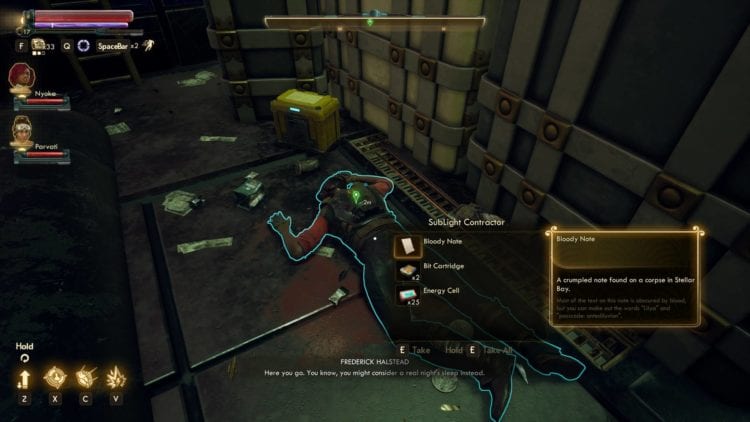 Continue following the questline. Head to Fallbrook and meet up with Catherine Malin, and she’ll point you to the Rizzo secret lab at Cascadia. This is where you need to go. Bear in mind the front entrance has a lock with a value of 100 on it: you’ll need to go around the north side, where you can crawl through a hole in the wall. 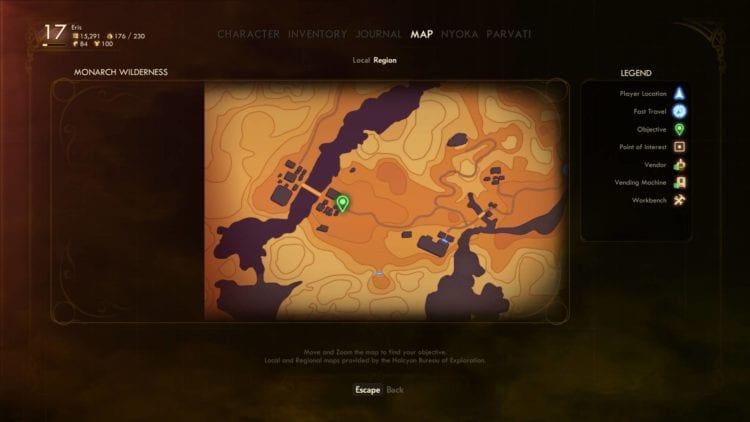 Once you’re in town, head into the cantina-like building. 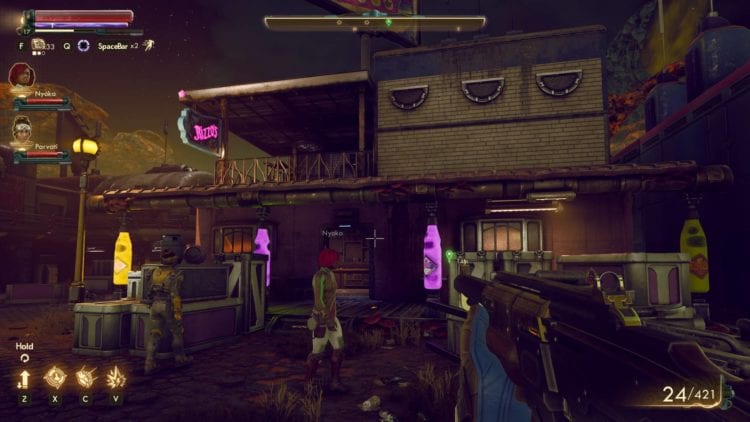 The computer to the right of the door is where you input the password you got earlier, via “Supervisor Override”. This opens a sealed door behind the bar, leading to an elevator into the lab proper. This can possibly be hacked through, but I’ve always done this with the password so I’m honestly not sure.

Proceed through the lab. Be wary of the traps: there are mines everywhere, laser grids that need batteries shooting out, and a rather serious mantisaur infestation. Oh, and an incredibly annoying section with steam pipes that’ll set you on fire and yet more mines on the walls. Expect your companions to repeatedly die here, so extra warning if you’re playing on Supernova difficulty. 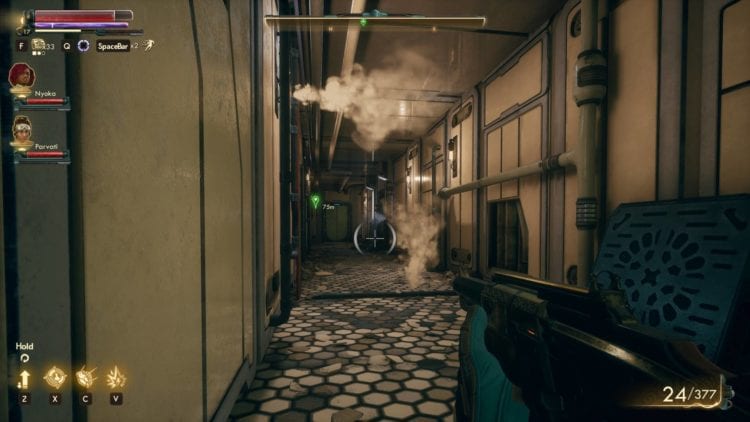 What you’re looking for is an open elevator shaft. It’s right after you finally get the tanks, directly adjacent to the exit elevator. One short bit of jumping and climbing later, and you’ve got yourself a fancy new Mind Control Ray. 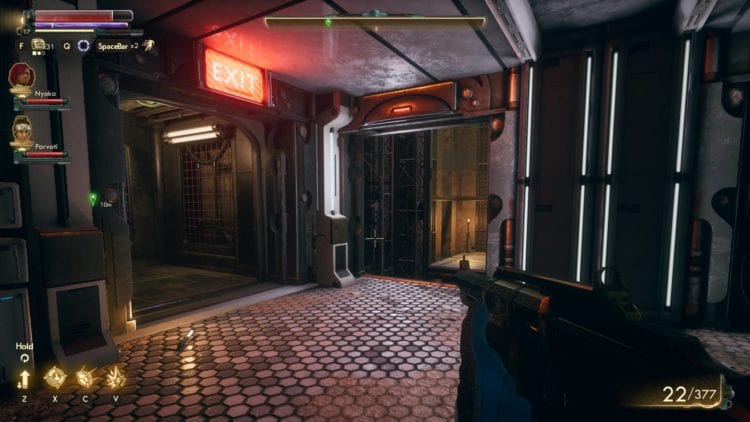 Just note that the exit elevator takes you to the Cascadia landing pad – you know, the one you were repeatedly warned not to go to? Expect to encounter some dangerous wildlife before you can get back to your ship if you take that route. There’s a reason I consider this the “final” weapon.

For more hints, tips, and guides regarding The Outer Worlds, check out our guide hub page.