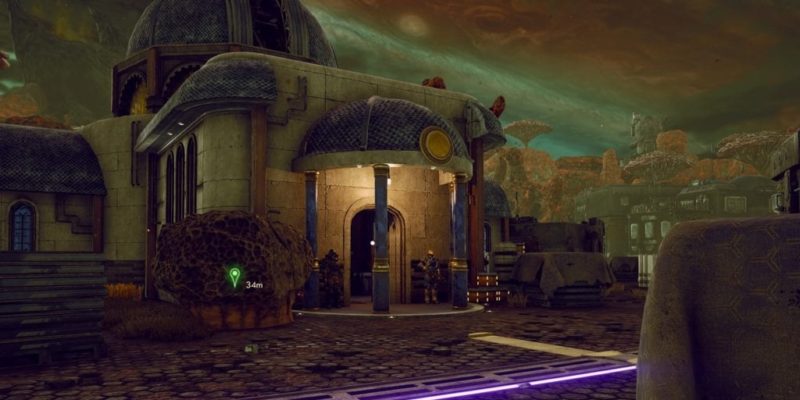 In The Outer Worlds, the second major “which faction do I help” quest is going to hit on Monarch. Both Sanjar Nandi of MSI and Graham Bryant of the Iconoclasts want the targeting module from the crashed gunship, and it’s your choice who gets it.

The rewards here are pretty different. Handing the module to MSI will net you the Saltuna Searer flamethrower (50 damage, or 720 DPS), while the Iconoclasts will give you The Good Word (a 960 DPS heavy machine gun) in exchange. But, as with Edgewater, there’s a third option. 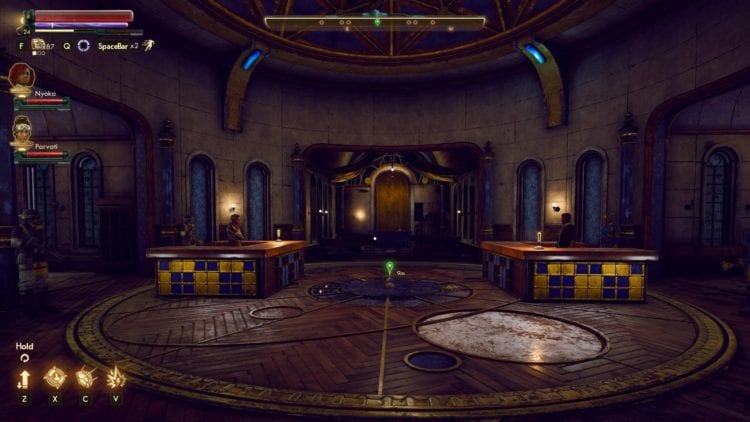 If you want to try to bring the fractured world of Monarch together, this is your opportunity. You’ll need to have done a fair bit of legwork already, though.

First, you’ll want to have completed the Sucker Bait quest handed out by Graham’s second-in-command, Zora. You’ll also want to have done Sanjar’s quest BOLT with His Name and read the reviews on the terminals. Finally, you’ll want a copy of Zora’s review, which you can find on one of the terminals around Monarch, although you can always pick this up a bit late.

If you’ve done these prerequisites, go and talk to Sanjar and ask him if he can agree to a truce with the Iconoclasts. Tell him you’ve read his performance review and that he can’t handle everything alone. Suggest Zora as an alternative to Graham, and he’ll ask to see her review – which, hopefully, you’ve found (if memory serves, if it’s not with Sanjar’s review in BOLT with His Name then it’s on a terminal in Cascadia). With a bit of luck, he’ll point you to it if you don’t have it – but I can’t be sure of that, as I found it hours prior. 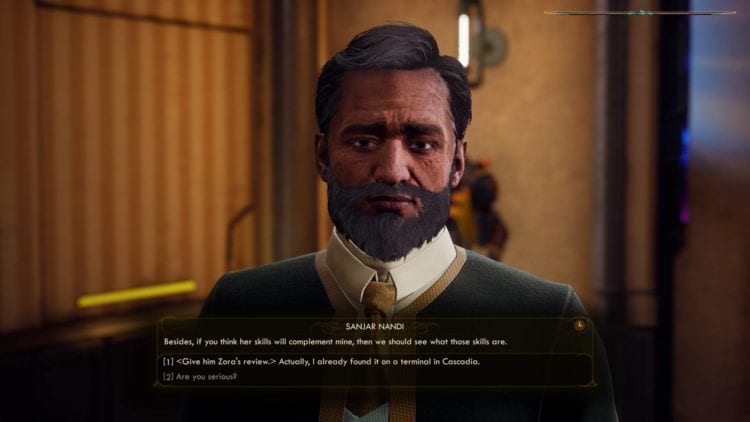 Either way, that’s Sanjar convinced, but you still need to talk the Iconoclasts into it. If you’ve done Sucker Bait, Zora should approach you before you can reach Graham: she’s willing to depose him and take over the Iconoclasts. Agree that she should be the leader. Follow her upstairs, then watch the conversation with Graham unfold. Unfortunately, I don’t think it’s possible to resolve her coup without bloodshed.

Once Graham’s dead, she’ll ask for the targeting module. You’ll need either high Intelligence, high Perception, 55 Inspiration, or 55 Persuasion to talk her into a truce. As Canid’s Cradle isn’t a plot-critical mission, remember that you can always go off and gain some levels if you need to raise your stats. 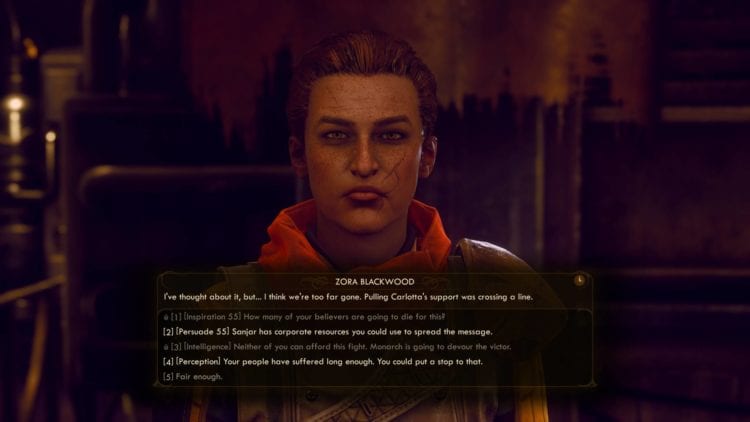 Once she’s agreed, a truce meeting is set for the OSI church outside of Stellar Bay. Head there. You can effectively say anything you want at this point and the truce will still be arranged, completing the quest. However, there are a couple of opportunities to get bonus experience through skill checks. For bringing both factions together, you get the Soft Speaker: a 193 DPS telescopic staff with -90% noise and +10 Intimidate.

For more hints, tips, and guides, check out our The Outer Worlds guide hub.

The Outer Worlds – Character build guide and how to grow skills

The Outer Worlds – Finding the third manual for The Frightened Engineer