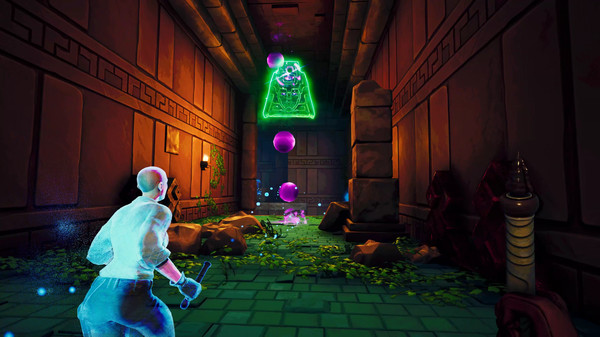 Phantom Abyss is currently bounding over the many pitfalls and certain deathtraps of Early Access, but today marks a larger pit than many, as the Overturned Update has gone live. This update brings with it not only new content, but some fresh fixes for players to impale themselves on. I had a solid time with the game when I covered its initial launch, so I’m happy to see it making steady forward progress. Too many Early Access games get bogged down and we don’t hear anything for months, so new updates always warm the cockles of my heart.

As for what we can all expect to find out of the Overturned Update, there are 28 brand-spankin’ new chambers to find among the game’s procedurally generated areas. Some of these new rooms rotate too, so, uh, be on your toes. Additionally, the basic whip has a Blessing now, which allows players to constantly keep it on their person without the threat of losing it. I wasn’t actually aware that the whip could be lost. And I should know, as I’ve had zero successful runs and have lost nearly everything I’ve gotten my hands on.

Phantom Abyss gets the Overturned Update

As for other stuff, the update also fixes issues with the game’s network connection and improves back-end stability. Players will even spot all-new upgrades and visual cues for trap doors, foliage, doors to Relic Rooms, and even the portal screen. It doesn’t sound like any of this will keep me alive for longer during a run, but you can’t take much damage, after all, and some of us are clumsier than others.

We’ll have more on future updates as they roll on out, so grab your whip and get to pretending you’re freeing children from a mine, or trying to get along with your Scottish father. Whatever.