A couple of days ago Ironward’s The Red Solstice launched on Steam Early Access and today there’s some dev action detailing their plans for fixes and updates.

In case you missed this release, it’s easy to do these days with so many Steam releases, The Red Solstice is essentially a stand-alone version of the Warcraft 3 mod NOTD (Night of the Dead). Currently the game features a prologue mission to get you acquainted with the game mechanics and multiplayer co-op.

Over the weekend we briefly jumped in but were experiencing the issues that the development team are now prioritising as outlined in the first developer update. The issues are being resolved in this order:

As well as these problems there’s an update regarding region lock issue on Steam.

We are aware of the lobby and matchmaking problems but we didn’t make the region lock, that’s something steam automatically does. We are working on resolving these issues and it’s one of our top priorities. We’ll be implementing an update addressing this problem very soon!

We’ll be taking a further look at The Red Solstice in the days ahead so stay tuned for that.

By Michael Kloos23 mins ago
News 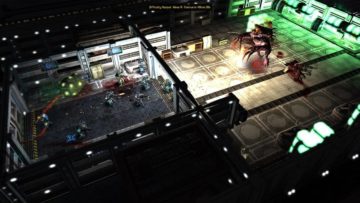 The Red Solstice Guide and Tips