Looks like the Steam mansion is getting another room — The Room Three, to be more precise. As the title implies, this is the third game in a line of reality-bending puzzlers. These games have all followed the same trend. First, they’re released on mobile, and then, after a couple years, they’re re-released on Stream. The creators at Fireproof Games have been doing this since all the way back in 2012.

It’s no small feat for a mobile game to be successful enough to warrant a PC port, let alone on three separate occasions. Kudos to the developers for their apparent success. But then again, mobile games do tend to do well.

Fireproof Games dropped the Steam announcement today, along with a short graphical comparison video. This video is less than a minute long and purely serves to show that they’ve modified the visuals of their game to match the standards of PC gaming. It’s a well-made comparison that shows the added particles, lighting, and enhanced textures the team has implemented into the port. 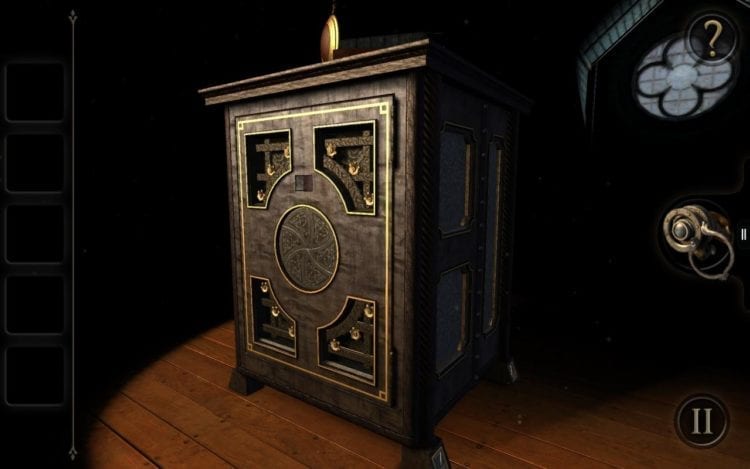 Looks like the title is coming to Steam on November 13, so it’s less than a month away. I can appreciate that Fireproof knows their audience and doesn’t want to make them wait. It’s all too common nowadays that a company will announce a game years before its release, only to lose all momentum a few months later.

What Are The Room Games?

Other than sharing a title with Tommy Wiseau’s cinematic masterpiece, The Room titles are escape room games to their core. If you’ve physically been to an escape room, you’ll be able to relate to this game. Sure, the laws of physics are a bit more… loose in The Room Three than in real life, but the main objective remains the same.

Overall the games have always gotten good reviews, and I’m not about to complain about a graphical upgrade. If you want to see just how much better than game looks from its mobile incarnation, check out the video below. Or, if you’d like to know more about these titles in general, hop on over to their website to read up on the games.