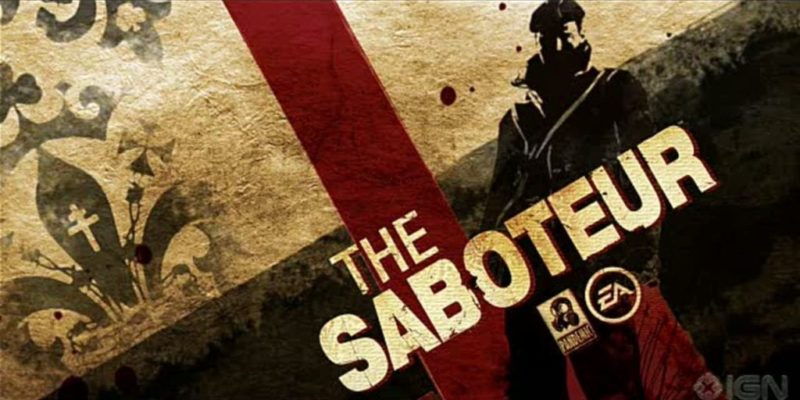 EA shuttered Pandemic in 2009 and their final game was The Saboteur. According to Morgan Jaffit, the game’s creative director, a sequel was in the works.

In a recent GameHugs podcast, Jaffit explained that following the closure of Pandmic’s Brisbane office, he moved to the Studios’ Los Angeles offices where he was to lead development on The Saboteur 2. Jaffit explained what happened.

“Well Pandemic in Los Angeles did offer me a job, which I took [in early 2009]. So I went over there and worked there for a week, but I got the smell of death. So after that week I turned the job down. I was supposed to take over as the creative director on The Saboteur DLC and then on The Saboteur 2. That was what they wanted me to head up.

“While I was at Pandemic LA I realised that they had been completely gutted by the EA process and nobody could make a decision. There were multiple conversations that ended in “well, I have to take that to a creative director”. But then the creative director has to take that to Andrew [Goldman – CEO] and Greg [Borrud – director of production] and so on. Then the process would turn into them regularly being overruled by forces inside EA that had nothing to do with development. Like marketing people or Frank Gibeau [president of EA Studios] and any other number of useless and dangerous idiots.”

The closure of Pandemic was disappointing as The Saboteur was a decent game and I think most players of the original would have welcomed a sequel. Sadly, EA had other plans and Pandemic closed.

Morgan Jaffit is currently working on Hand of Fate 2 which is due out next year.

Here’s our video review of The Saboteur from 2009, and as you can see, Pandemic came up with some interesting ideas in The Saboteur.

Destiny 2 rumoured to be coming to PC