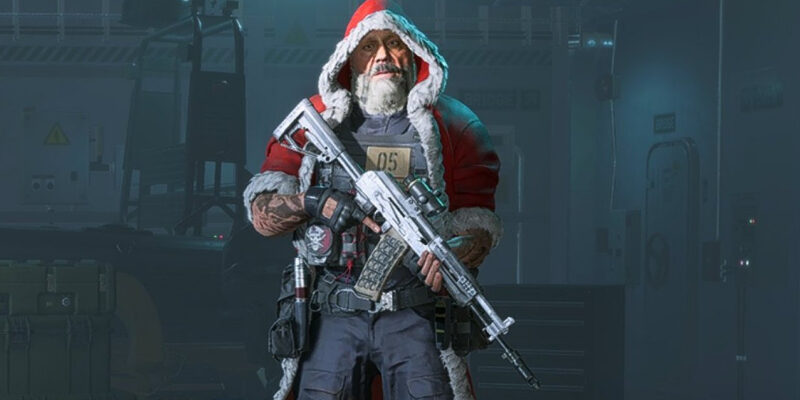 Yesterday a leak for Battlefield 2042 revealed that a variety of Christmas-themed cosmetics were on the way. Amongst these was a Santa skin for Boris, the Sentry Gun expert specialist in Battlefield 2042. The response to this leak was negative, with much of the Battlefield community feeling as though these kinds of cosmetics did not suit the game’s aesthetic.

Just a day later and developer DICE has backtracked on this decision. A chain of tweets was posted on the official Battlefield Direct Communications account stating that not all of the leaked cosmetics will be added this holiday. This was decided as the team has “other priorities,” in reference to 2042‘s development.

As an isolated incident, DICE releasing a Santa skin into Battlefield 2042 may not seem overly important. It’s just a fun cosmetic that players can choose not to use. However, these holiday-themed cosmetics play into a larger narrative that has been frustrating many fans.

Most will agree that Battlefield 2042 has not launched in an ideal state. It has a lot of bugs, a lack of game mode variety, and suffers from many disappointing optimization issues. Beyond that, it is also missing many of the features that were a staple of past Battlefield titles. This includes basic things like a server browser, in-game scoreboard, and small transport vehicles like ATVs.

Development for Live Service requires us to work months in advance, and enables us to have options when we reach key moments in our first year

Today, we have other priorities, and so whilst we have the skins, we presently have no plans to utilize all of them this Holiday.

Even though many players are still having fun with it, there has been a consensus that 2042 doesn’t always deliver that true Battlefield experience. Adding in cosmetics like these, that detract from the franchise’s traditionally gritty military aesthetic, isn’t going to make those with that viewpoint any happier.

DICE likely implemented the specialists intending to monetize them. We’ve seen similar models succeed such as Overwatch‘s heroes, Warzone‘s operators, and Apex‘s Legends. However, the same model isn’t ideal for Battlefield. At least, not without some adjustments. There’s still potential for it, but if DICE wants to go down this route, it may need to reconsider the types of cosmetics.