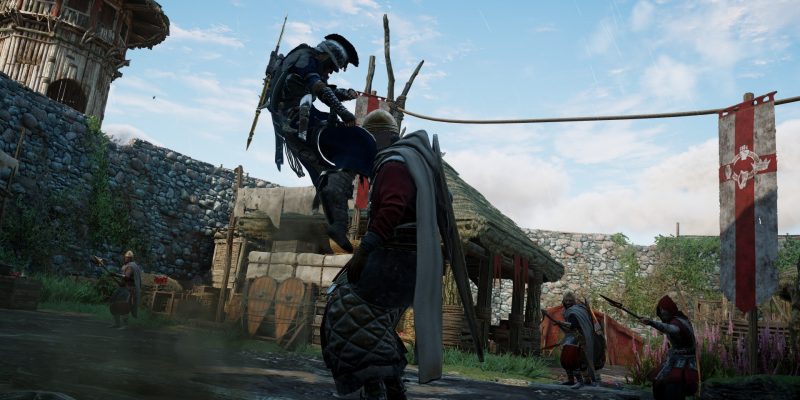 The support for Assassin’s Creed Valhalla is still going strong. Hot on the heels of the game’s last big expansion, The Siege of Paris is now getting its release on August 12. The previous expansion, Wrath of the Druids came out just a few months prior in May to a strong response, so it’s intriguing to see if Ubisoft is able to provide yet another satisfying chunk of content when the upcoming expansion drops in a few weeks. Personally, I thought that the base game already had more than enough stuff.  I can’t even imagine trying to 100% the game with all of the expansions included.

The Siege of Paris naturally features a siege of Paris. Massive spoiler there. In it, Eivor and their band of not-so-merry Vikings is let loose on the Frankish countryside to do what they do best; kill and pillage without mercy. The expansion doesn’t just have a new area, but new gear, abilities, and skills are also going to be included. Eivor will also face off against new enemy types. Infiltration missions are also back, which will see players sneak into large areas and choose precisely how they want to eliminate their targets. Just like the old days.

On top of the Siege of Paris expansion, there’s a new free season coming to Assassin’s Creed Valhalla as well. Players can take part in the Sigrblot season, which is meant to celebrate the beginning of the Viking raiding season, from July 29 to August 19. This season adds three new quests, plus returning mini-games, and, the highlight, new themed gear that is purchased with seasonal currency. The Sigrblot season will be free for all owners of the base game to participate in, but The Siege of Paris will require you to own the season pass, or pay $24.99 USD. That’s a pretty hefty chunk of change.