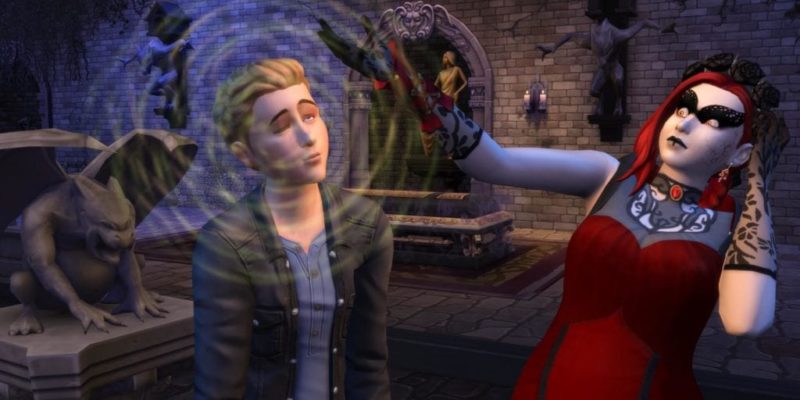 This is the latest pack to move away from any realism because the vampires have different needs to the mere mortal standard Sims. Their special powers require Plasma. In order to gain the substance players can sneak up on sleeping Sims and gbet struck in, purchase Plasma Packs or even grow a Plasma Fruit.

The vampires also come with supernatural powers which can be used to turn Sims into vampires and even “move around in different forms”. Probably not a table or lamp.

Vampires also come in two forms, regular and dark. If a player has both, the dark form takes over to perform vampire actions. New Sims can also be born as vampires but won’t be able to sue their powers until they hit their teenage years.

Customisation also comes into play and there will be all kinds of suitable vampire attire available such as washed-out skin tones, sinister eyebrows, glowing eyes, and we suspect capes will be a popular choice.

The Sims 4 Vampires comes out on 24 January.

By Logan Broadley47 mins ago
Industry