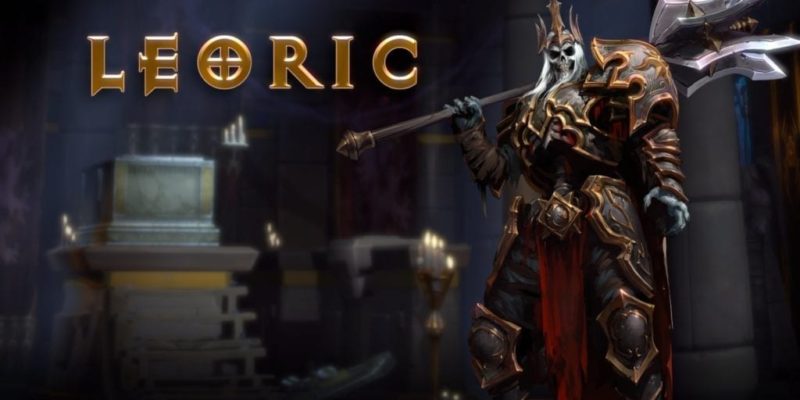 Heroes of the Storm welcomes yet another Diablo character with the addition of King Leoric to its roster. Leoric was slain by his own captain, and now he has risen from the Royal Crypts below the Trystem Cathedral to take his rightful place as the Skeleton King.

King Leoric will eternally haunt the battlefield; you cannot truly slay one who is dead. Once struck down, Leoric’s ghost remains on the battlefield, thanks to his Undying trait. Once his health fully regenerates, he’ll reappear in the exact spot his ghost is floating in.

The Skeleton King has been equipped with the Skeletal Swing (Q), a quick bash that causes considerable damage and slows enemies; he can use Drain Hope (W) to suck the life out of enemy heroes and replenish his health; and the Wraith Walk (E) to help him close the distance between himself and an opponent who is trying to escape.

It would appear as though the Skeleton King is absurdly overpowered, but there is a way around almost all his moves, if you can react fast enough. Would you want King Leoric on your team?

Warlocks vs. Shadows Is Getting An EDM Warlock