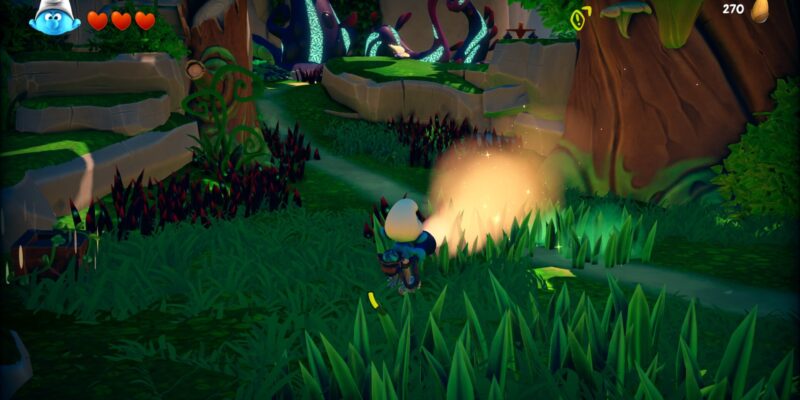 Licensed properties used to get platformer games all the time. It was very common to see old shows, movies, and even food brands randomly get video game adaptations. Many of these were underwhelming and led to a distrust of licensed games to the point that people just assumed they’d be bad and stopped buying them. The Smurfs – Mission Vileleaf, although it’s easy to assume it, is not shovelware. I wasn’t sure what to expect heading in, but this is actually a good game that’s more than competent. It came out today, retailing for $30 USD. But the question stands: is The Smurfs – Mission Vileleaf worth it?

The Smurfs – Mission Vileleaf starts with a rhyming storybook video that sets the stage. Gargamel has been making weird plants to catch the Smurfs, and the lands are now corrupted by them. Handy ends up making a gadget called the Smurfizer and the small, blue creatures set off on a quest to find three ingredients and heal the land. But many Smurfs have already been captured. The story is presented in fully voiced dialogue sections over a series of chapters. Each chapter has you playing as a different Smurf. You start out as Hefty, but then switch to Brainy when it’s time to grab the first ingredient.

This game is, indeed, for children, and coincides with a recent television series that started airing this year. That series is made by a French company, and so was this game. The Smurfs – Mission Vileleaf is a 3D platformer set in five areas where you must guide the characters through the levels to cleanse the corruption. Each character makes use of the Smurfizer, which is basically an herbicide backpack that uses a healing plant to counteract the effect of the vileleaf. The corrupted red grass has spread around the forest, with purple tendrils decorating the landscape. 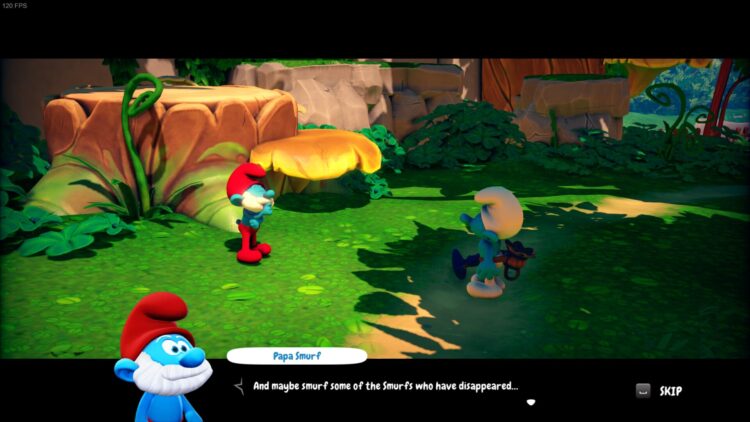 Spraying the grass with the Smurfizer heals it. Once you heal an entire patch, you’re given a bit of currency. Each of the areas also has collectibles to find, of which there are a great many. There are also to upgrades to the Smurfizer. At first, Smurfs can jump, do a ground pound, and use the heal spray. As The Smurfs – Mission Vileleaf goes on, they gain the ability to hover, sprint, and use the device as a sort of vacuum. The game isn’t massive, but this isn’t some low-effort cash grab that will only take you a few hours by any means.

The visuals and controls are both good. There’s nothing here to blow anyone away, but everything looks decent and is responsive. The framerate is unlocked by default and the game runs well on PC. There’s combat too, as you’ll use the Smurfizer to fight enemies that come in surprisingly large groups. The game is quite easy, though, even on the highest difficulty. Honestly, this is a well-made game that I found enjoyable to play. It has most of what you’d want out of a 3D platformer, so I’d say, yes, The Smurfs – Mission Vileleaf is worth it, surprisingly. I don’t even care much for the franchise, and still think there’s plenty of fun to be had here. 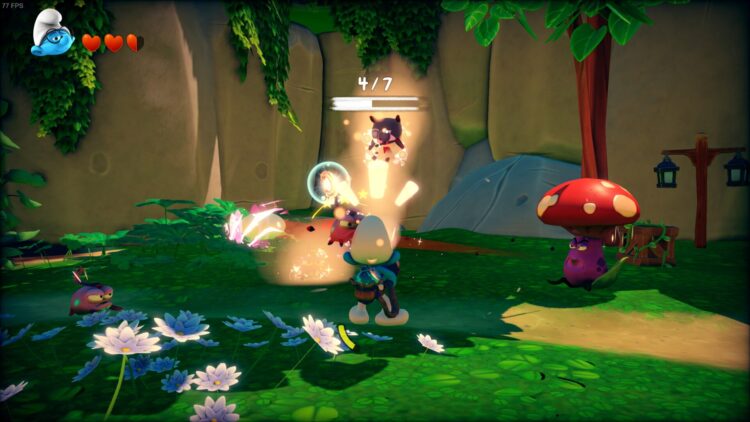