Eidos Montreal has been busily making modifications to the Glacier 2 technology used for Hitman Absolution, resulting in the creation of the Dawn Engine. They say it will be “the cornerstone to the development of the Deus Ex Universe projects.” Eidos Montreal, of course, developed Deus Ex: Human Revolution.

And Thief, but we try not to talk about that.

Let’s go back to the interesting use of a plural for the Deus Ex Universe “projects.” We still don’t really know what Eidos has planned for the future of the Deus Ex series (other than there clearly are plans,) but apparently it will involve multiple strands. Before that leads to too much excitement, remember that one of those strands might just be another phone game like The Fall.

Still, it we get at least one proper, Human Revolution-esque PC title out of these plans, that should make people happy enough. The Dawn Engine certainly looks capable of producing a fancy-pants AAA game.

Update: A post on the Eidos Montreal blog actually does clarify a little bit more about the whole Deus Ex Universe thing. Here’s what they say:

Some of you have had concerns that “Universe” meant “MMO”. Rest assured, it does not.

Deus Ex Universe is the name we are giving to the fictional world and the rich lore we are creating for it, which will of course include core games, as well as any other projects that will help bring the world of Deus Ex to life. We won’t go into too much detail for now, but what we envision is for our projects to have meaningful ties to one another, in order for them to strengthen and deepen your experience within this Universe.

Eidos says the engine features “new technology that allows for improved rendering capabilities, real-time physics, and advanced artificial intelligence programming.” You can see an image from the Dawn Engine, below. Click it for a full-size version. 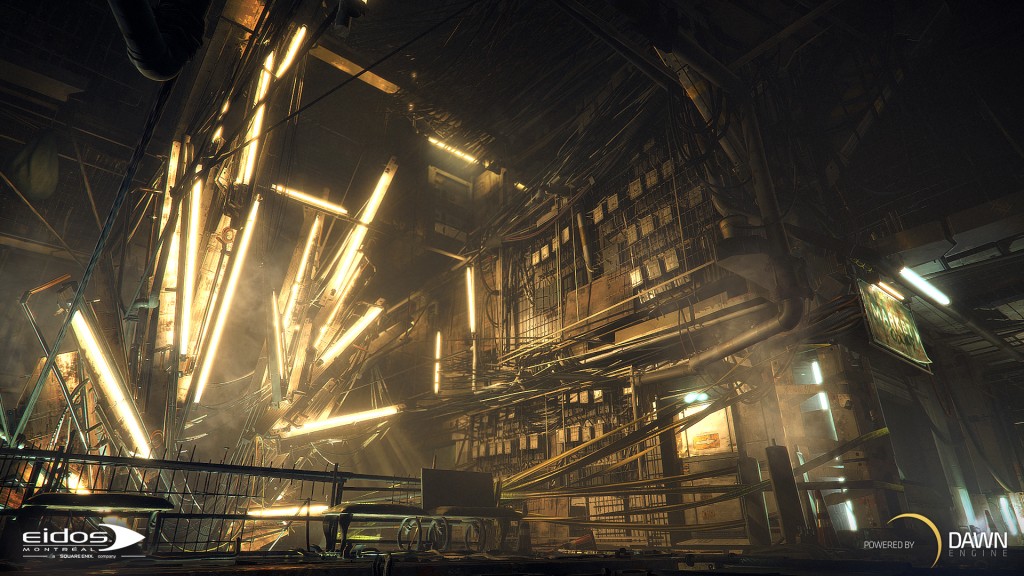 Yes, everything still looks like it’s made of gold.

By Sam Robins50 mins ago
News